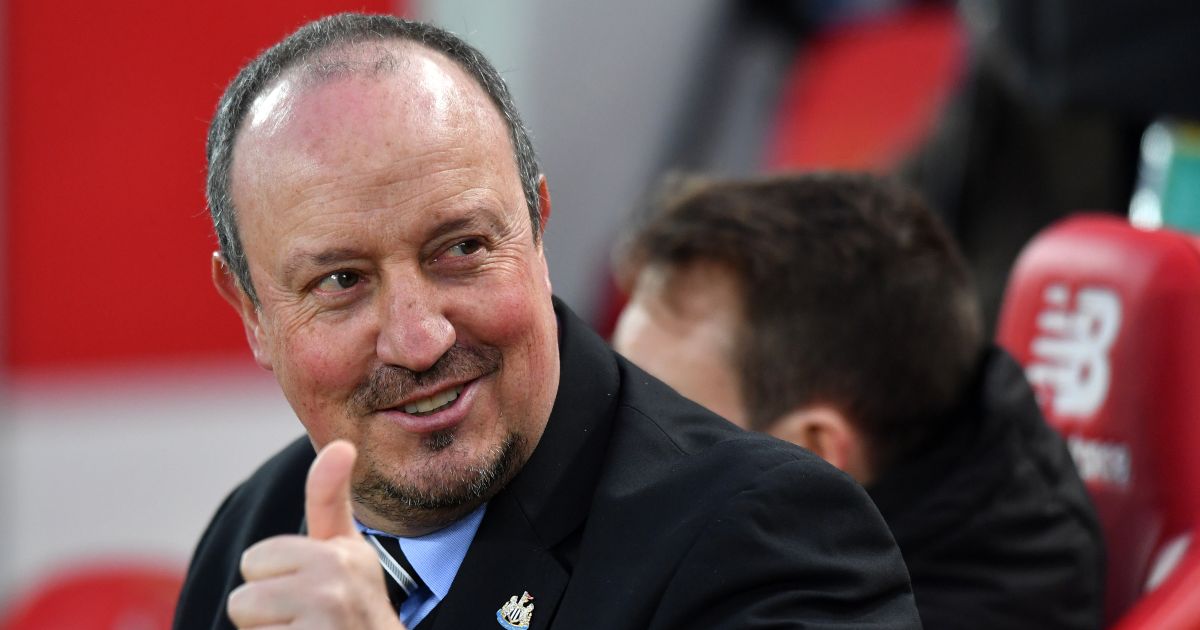 The incoming Newcastle United owners are plotting a move to bring Rafa Benitez back to St James’ Park as manager, according to reports.

Despite not saving the Geordies from relegation in 2016, the Spaniard took them to the Championship title the next season to restore their Premier League status.

Working on a small budget, Benitez led the Magpies to 10th and 13th-placed finishes amid a backdrop of fan unrest over Mike Ashley’s ownership of the club.

Due to disagreements with the Newcastle owner, Benitez left the club to move to Chinese Super League side Dalian Professional.

Benitez – who guided Liverpool to Champions League glory and has won La Liga twice with Valencia – is now overseeing a positive start to the season at Everton.

However, with widespread reports indicating a Saudi-led consortium could purchase Newcastle in a £300m deal as soon as today, Football Insider are reporting that the club’s new hierarchy will look to bring Benitez back to St James’ Park.

The report insists that the new owners are ‘plotting a sensational move’ for Benitez with the Spaniard their ‘top managerial target’ before their move for the club fell through last year.

But they are set to reignite that interest with ‘one of the first moves after the Saudi takeover goes through is to ascertain Benitez’s interest in what would be a stunning return’.

Newcastle’s new owners ‘will launch a huge spending spree’ including an attempt to buy Benitez – who is adored by the Magpies fans – out of his three-year contract at Everton.

Earlier today, The Athletic journalist George Caulkin claimed that the takeover had been signed off by the Premier League and it could be announced in a matter of hours.

Caulkin wrote on Twitter: “At this point, we’re just waiting for an announcement. The takeover is done, the money is there and the Premier League have signed it off. All that remains is to make it official. Could be any time now.”

Meanwhile, Sky Sports claimed that manager Steve Bruce is ‘expected’ to be replaced despite the new owners not wanting ‘to make any knee-jerk decisions’.