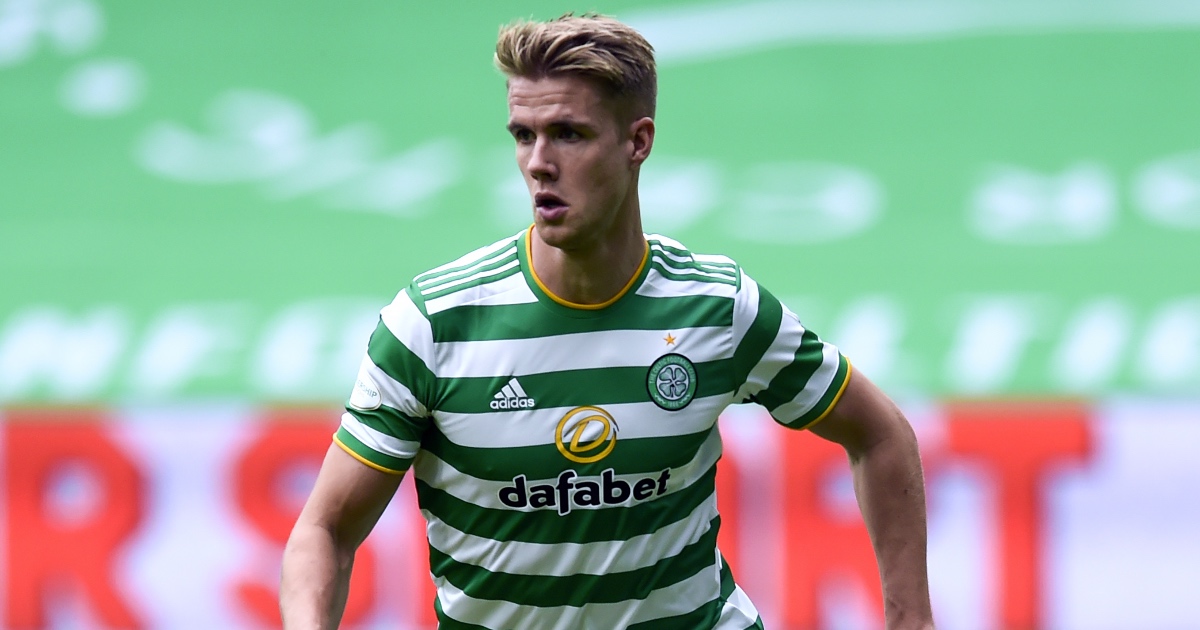 Newcastle United are prepared to launch an £8million bid for Celtic defender Kristoffer Ajer, according to reports.

The 22-year-old is nearing the final year of his contract and could secure a move to the Premier League.

He was recently urged by the Norwegian national team boss to leave Celtic in search of a new challenge.

OPINION: Safe standing can be fans’ reward for loyalty through lockdown

According to the Daily Mail, Newcastle will aim to pounce on the uncertainty by submitting a bid for Ajer this summer.

They will supposedly put £8million on the table for the defender.

Ajer’s contract expires in May 2022, which means Celtic could be tempted into selling. Talks over a new deal have stalled and they won’t want to lose him for free next year.

Celtic value Ajer at around £35million but he will be free to talk to interested clubs in January.

The report states that his situation has reduced their bargaining power, forcing them to consider a permanent exit.

Solbakken told Norwegian outlet VG (via Daily Record): “He has to change league now. He must. He does not have enough challenges in everyday life there.

“I think he has got some habits which you do not notice until he meets better opposition in international matches or Europe. So I think that would be a smart move by him.

“He should go to one of the five major leagues. He has the prerequisites to play in all those leagues. I’m calm about that.”

Newcastle look most likely to sign Ajer in the summer transfer window. They’ve lined him up as a potential centre-back partner for club captain Jamaal Lascelles.

Manager Steve Bruce hopes they would form a solid partnership in defence, preparing them for either the Premier League or Championship next term.

The Magpies are involved in a relegation scrap with Graham Potter’s Brighton and Scott Parker’s Fulham.

If they do manage to stay in the top flight, Ajer could be a great signing to improve their defence.

If relegation occurs then the defender might help them to gain an immediate return.