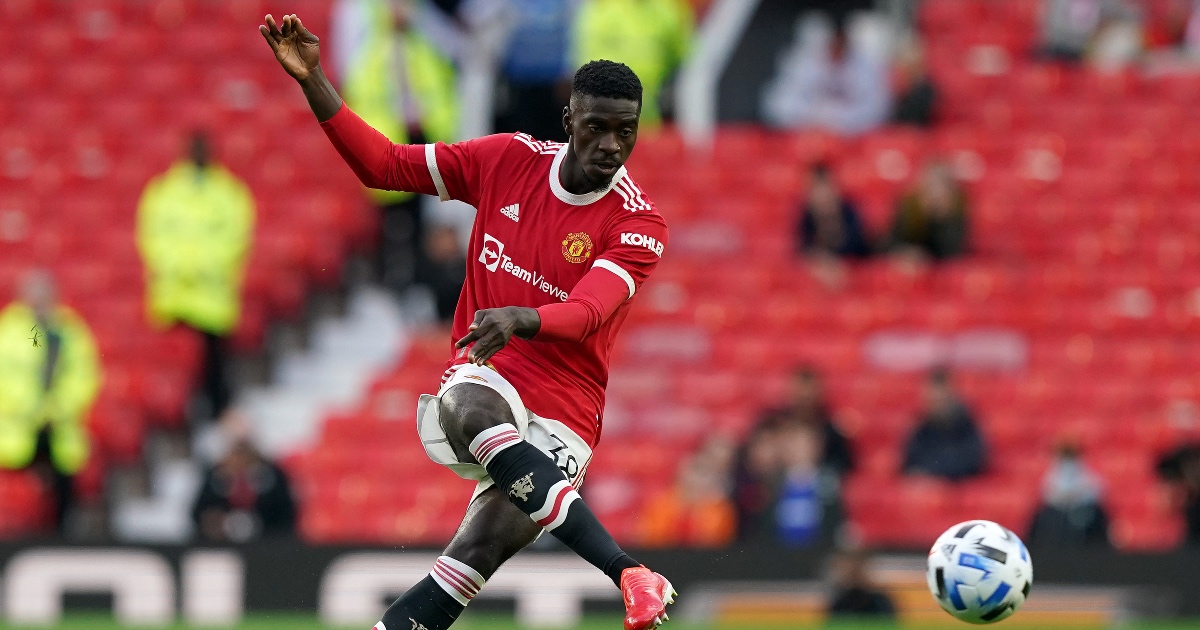 Newcastle have overtaken Aston Villa in the race for Manchester United’s Axel Tuanzebe, according to a report.

The centre-back was first linked with Villa in May after spending much of the 2020/21 campaign on the bench.

Reports earlier this month suggested Tuanzebe would be allowed to leave Old Trafford if United managed to sign a new defender first.

It looks like that will now happen as the Red Devils have agreed a deal with Real Madrid for Raphael Varane.

Speaking about Tuanzebe’s situation this week, Ole Gunnar Solskjaer said: “I can see of course with Raphael looking like everything is sorted there and we’ve made that deal, I can see Axel going out.

“That’s because I’ve got Raphael, Maguire, Lindelof, Eric Bailly and Phil Jones is coming back in. He’s due to start training over the weekend when we’ve got everyone in on Monday.

“That’s a big plus for him. I’ve had similar troubles in my career, he’s such a professional, good lad and it’s great to see him ready to train again.”

According to Football Insider, Newcastle is now Tuanzebe’s most likely destination.

The Magpies have held talks with United over a deal, whereas Villa are yet to officially register their interest.

Steve Bruce is looking for more pace in defence and views Tuanzebe as an ideal solution.

United are willing to loan out the 23-year-old so Newcastle won’t have to break the bank.

Newcastle could then be given the opportunity to sign him permanently, depending on United’s position.

He said: “It’s time to go. He needs to go and play football. These young men at the mega clubs are just playing sparingly and they need to go out and play.

“It is no use playing in the Under-23s at that age.

“Tuanzebe is a great player and he deserves to be playing regular football.”

Newcastle were previously in the race for Kristoffer Ajer of Celtic.

They were alerted to his situation after he revealed his desire to leave Scotland for a side in Europe’s top five leagues.

But Brentford pulled off a surprise by signing the Norway international on a five-year deal.