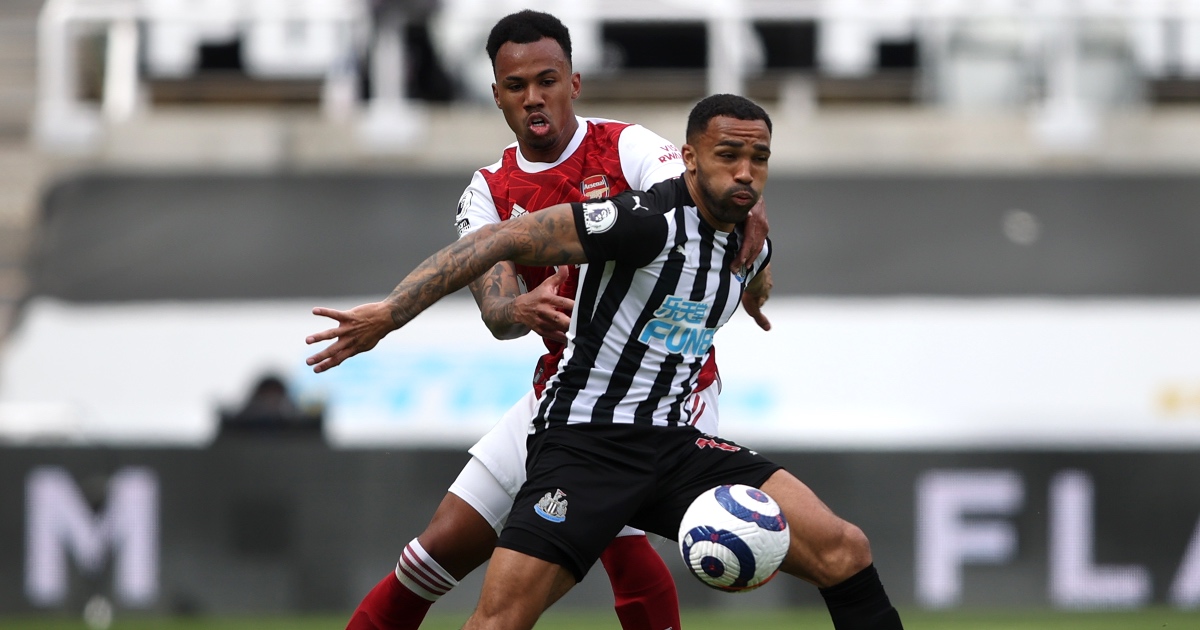 Newcastle forward Callum Wilson will miss the Magpies’ final three Premier League games of the season due to a hamstring injury.

The Englishman, 29, scored a brace against Leicester last week as Newcastle ran out 4-2 winners.

But he later damaged a hamstring at the King Power and will now miss the rest of the campaign.

A statement on the club’s official website read: “Newcastle United can confirm that striker Callum Wilson will miss the remaining two weeks of the season after injuring his hamstring during Friday’s win at Leicester City.

“The striker scored twice in an impressive 4-2 victory at the King Power Stadium, but picked up the injury in the closing stages of the match.

“Wilson has scored 12 goals in 26 Premier League outings during his first season with the Magpies.”

The player has already suffered a torn hamstring this term and was forced to miss seven league matches from mid-February to early April.

The injury is known to be a problem for Wilson and will now keep him out of action for another few weeks.

He made his return to the side in the 2-1 victory over Burnley last month. He also appeared in the last-ditch 3-2 win against West Ham, which pushed Newcastle further away from relegation.

Defeats for West Brom and Fulham have now confirmed their relegation to the Championship, providing Steve Bruce’s men with top-flight safety.

Despite the lack of fans, Wilson has been a big hit at St James’ Park. He joined from Bournemouth for a £20million fee in September and has gone on to score 12 goals in his first season.

He’s given the Magpies a lot more threat in the attacking third, alongside the likes of Allan Saint-Maximin and Miguel Almiron.

Manager Bruce will now have part of his attention focused on next season and building the squad. He’s hoping to make the loan signing of Joe Willock permanent, following the player’s huge impact.

Speaking about the midfielder in April, Bruce said: “I believe he is enjoying it (here).

“Listen he wants to be in the team, but he’s got three goals for us and two big ones, particularly the one last week.

“You could see he was elated and delighted for the team.

“He’s a young lad. I would love to keep him here.

“Obviously we will have big discussions with Arsenal but he’s young, fit and athletic, He is only 21 and has a big, big future.”