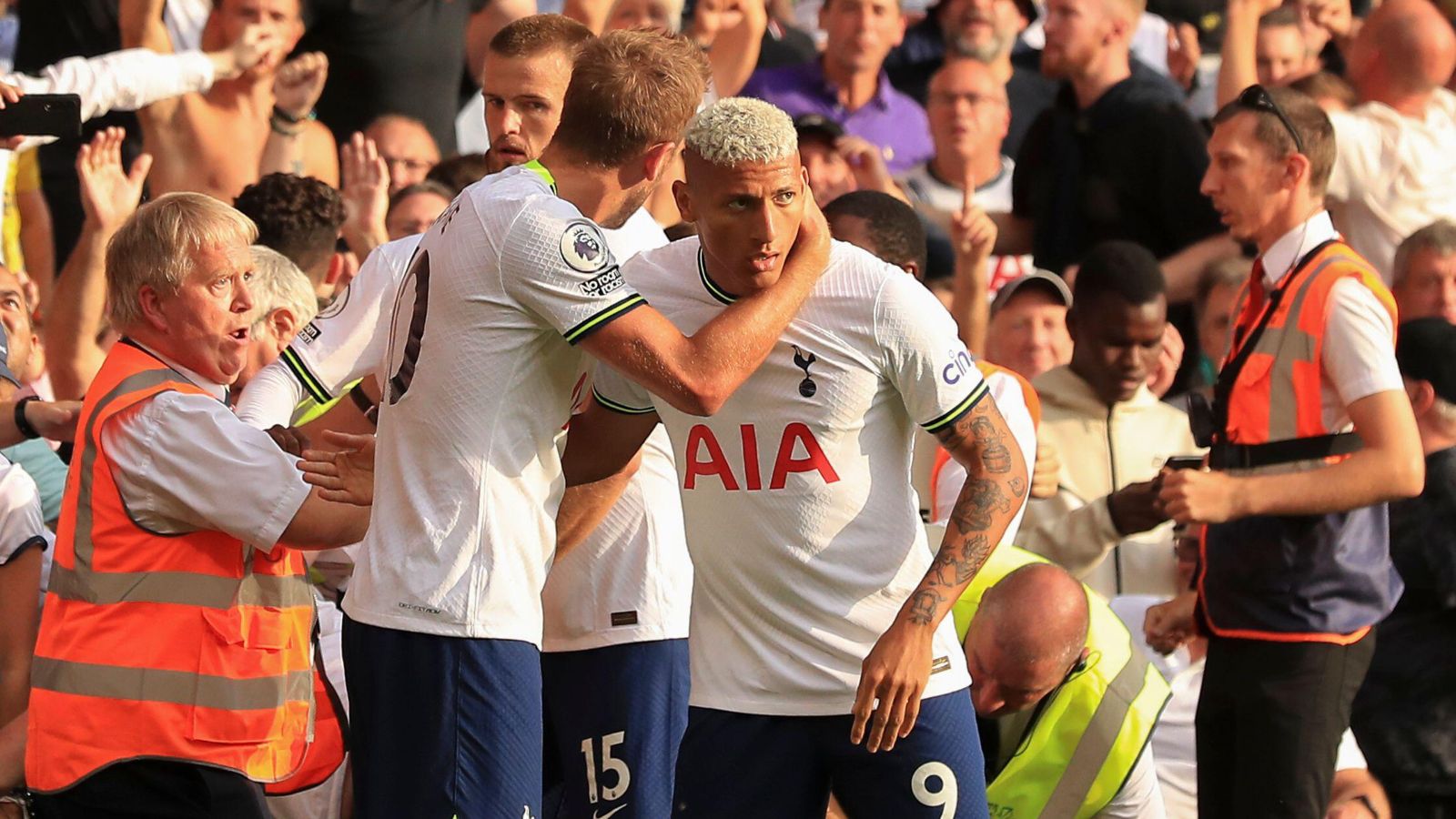 Callum Wilson has claimed that he would “volley” Richarlison if the Tottenham forward showboats against Newcastle as he did versus Nottm Forest.

Richarlison joined Spurs from Everton earlier this summer for a fee in the region of £60m.

This move came about after the forward helped the Toffees maintain their Premier League status last season.

The Brazil international is yet to make his full debut for Tottenham in the league but he came off the bench against Nottm Forest on Sunday afternoon.

He provided the assist for Harry Kane’s second goal as the London club ran out 2-0 winners.

Moments later, Richarlison did some keep-ups as Tottenham were running down the clock before full-time.

Forest’s players were understandably angered by this. 21-year-old Brennan Johnson swiped out at Richarlison and he was booked for this foul.

Richarlison’s actions have divided football fans in the hours after the game. Spurs boss Antonio Conte defended his player post-match, claiming his player did not mean to disrespect Forest:

“He juggled with the ball,” Conte said after his side’s 2-0 victory.

“It is a game and you are under pressure. I repeat it is OK. I don’t think Richy wanted to show disrespect to Nottingham Forest.

“Forest are a really good team with a great history in football and we have a great respect. Richy for sure thinks in the same way. Not disrespectful for anyone and I can tell you this.”

Wilson has warned Richarlison that he would have “hit him harder” than Johnson if the Spurs man attempted something similar against Newcastle.

“If someone does that to us, and we’ve already lost the game and it’s 90-plus minutes, and they’re doing kick-ups and stuff, if I’m anywhere near them, I’m volleying them,” Wilson told The Footballer’s Football Podcast.

“When I saw Johnson do it, I thought yeah man, that’s what I would’ve done as well. But I thought, no I would’ve hit him harder than that. He let him off.”

For those interested, Spurs host Newcastle United at The Tottenham Hotspur Stadium on October 22. Get your popcorn ready.