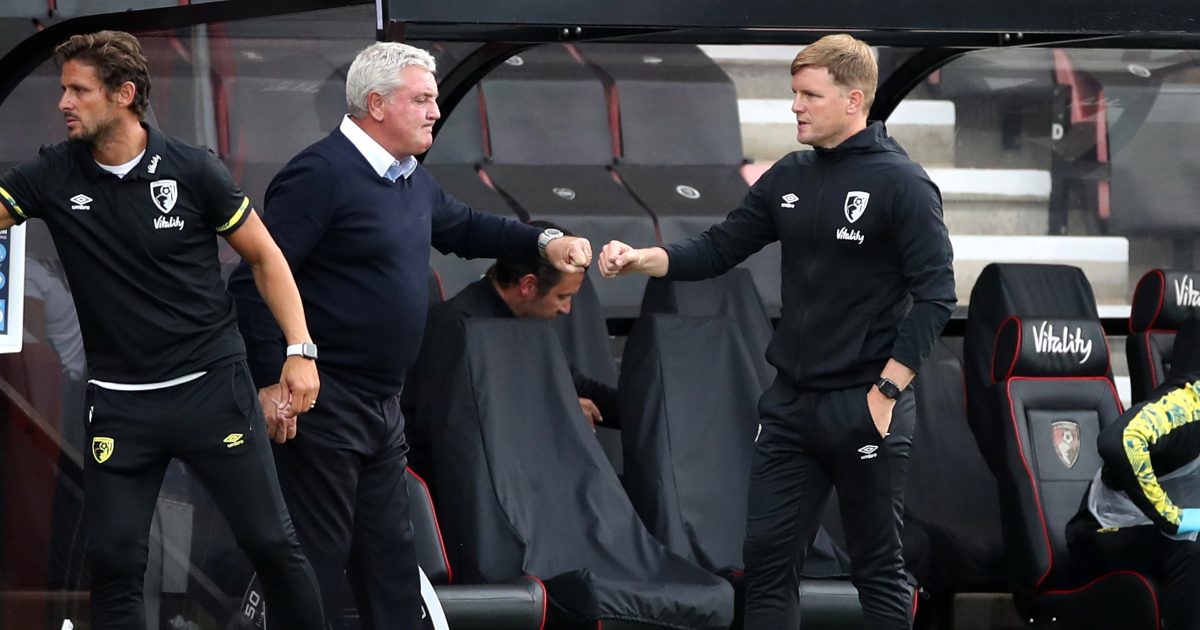 Newcastle United star Callum Wilson is “licking his lips” at the prospect of reuniting with Eddie Howe as he questions Steve Bruce’s negative tactics.

Wilson scored 61 goals from his 171 outings in the Premier League for AFC Bournemouth from his five seasons.

Newcastle paid around £20m to sign him ahead of the 2020/21 campaign. He has been in fine form for them since this switch.

The forward has scored 16 times from his 33 appearances for the Magpies across all competitions.

Wilson has now reunited with Howe, after they spent a few years together at Bournemouth. The 43-year-old was confirmed as Bruce’s successor at Newcastle earlier this month.

As reported by Chronicle Live, Wilson insisted that he is excited to work under Howe again:

“For any striker, you are judged on goals and you want to score goals.

“I eat, sleep and breathe goals.

“I am exactly the same as the manager coming in, [Howe] has got this attacking style of play.

“As a striker, you are licking your lips knowing you are going to get more opportunities.

“The style of play I have been used to in my career has been to attack.”

When asked about tactics, Wilson added: “No disrespect to anybody who has been in charge, we have been a lot further from the goal than we’d like to be.

“And opportunities were few and far between so you have to make sure you are focused and concentrated (when playing defensively).

“I’ve had to be ruthless when I have had an opportunity. I have been consistent on that front.

“Now there are going to be more opportunities coming our way.

“If you have that same mentality to make you are as clinical as possible then ultimately it will lead to more goals and you are going to be receiving the ball in better areas.

“It’s going to be a team effort. Obviously being a striker you are that focal point where people will look to you to score goals.”