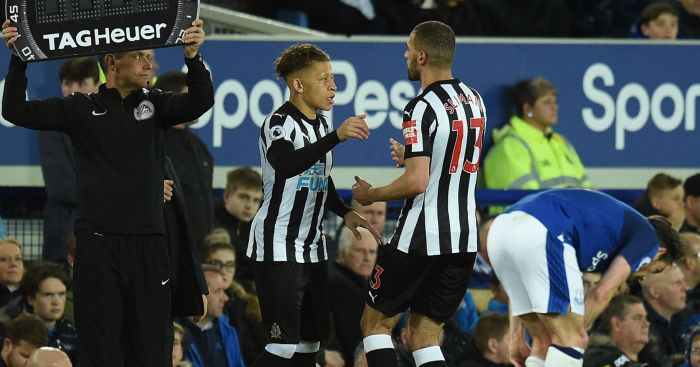 Loan signing Islam Slimani could have played his final game for Newcastle after being charged with violent conduct.

The 29-year-old Leicester striker has been hit with a Football Association charge after appearing to kick out at defender Craig Dawson during Saturday’s 1-0 Premier League defeat by West Brom.

Referee David Coote did not see the incident and Slimani was not punished at the time, but he faces a three-match ban if he either admits or is convicted of the alleged offence.

An FA statement said: “Newcastle United’s Islam Slimani has been charged with violent conduct following an incident during the game against West Bromwich Albion on Saturday.

“It happened in the 80th minute and was not seen by the match officials, but caught on video. He has until 6pm 1 May 2018 to respond to the charge.”

For a player to be charged on video evidence, three former elite match officials have to review footage of the incident independently and each conclude it constitutes a sending-off offence.

The Algeria international, who joined the Foxes in a £29million switch from Sporting Lisbon in August 2016, arrived on Tyneside in January on a short-term deal until the end of the season.

However, he did so with a thigh injury which prevented him from making his debut until he came on as a substitute in a 1-0 win over Huddersfield on March 31.

In total, he has started just one game and made three appearances from the bench and with only three games remaining, he could have kicked his last ball for the club if the Magpies do not pursue a permanent deal during the summer.