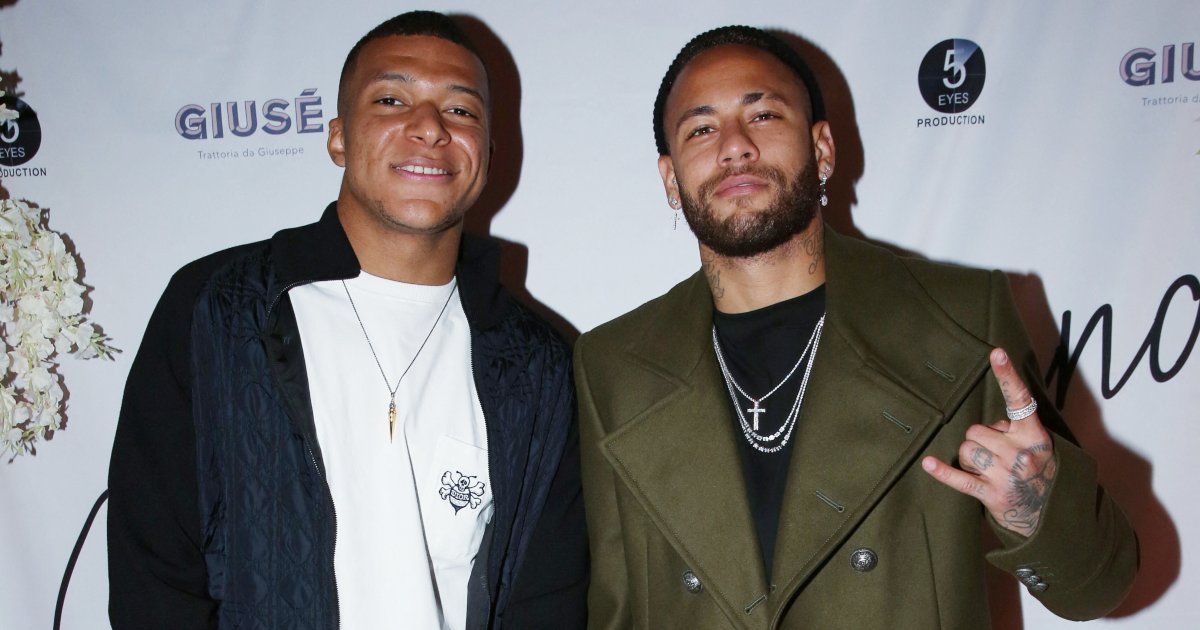 The Newcastle United takeover continues to prompt opinions. Why won’t Newcastle go for the big names? Is it possible? Send your views to theeditor@football365.com

Why wouldn’t Newcastle target Mbappe etc?
Ever since Saudi took over at Newcastle, I’ve seen articles and think-pieces suggesting that Newcastle are somehow going to “start off small” with regards to their new signings. Just today Football365 themselves speculated that the Toon might be interested in Jamie Vardy, Tariq Lamptey and Mason Holgate. I don’t know where this thinking comes from? Does anyone think Newcastle are going to be looking at squad/fringe players from Premier League rivals, so they don’t upset the establishment?

When did any newly-moneyed club every “start off small”? From memory, (and yes some of these clubs are now disasters), the likes of Chelsea, Man City, Anzhi, Monaco, Malaga, PSG didn’t “start off small”. They all went for the big names, and the marquee players.

Sure, F365’s article also included Raheem Sterling, and I could see that happening, but I think these stories are well wide of the mark.

I mean this with a straight face too, but I think Newcastle will be looking to sign Pedri, Mbappe, Neymar, Haaland. From the Premier League they might be looking at the likes of Son, Pogba, Bernardo Silva, Fabinho, Kieran Tierney and Kepa. I don’t think they’re messing about. I think they’ll be trying to take the best players from the biggest rivals, at any price.

I’m not saying they’re going to sign these players, by the way, but that’s the profile they’re targeting.
Dale May, Swindon Wengerite

Thoughts on the Saudi takeover
1. They can still be relegated if their first two 100m+ signing in Jan turn out to be the level of Carroll and Torres at their record prices. One can only hope..Hiring Lampard will double the chance of relegation instantly

2. Just because the Saudis bought a club doesn;t make their supporters bad…the fact that they are roaming around in Saudi flags, wearing their clothes and celebrating like their own personal life has triumphed is what makes them currently the worst of the worst supporters in World football. This is pretty much equivalent to celebrating North Korea and let’s not pretend otherwise.

3. A truly final test of the FFP rules when PIF pays 400m for Stadium rights and another 400m for the shirt sponsorships to circumvent the rules. Not sure what UEFA has the balls to do about it.

4. Newcastle are doing all this and more just to fight for top 8. Because lets face it, who are they gonna get? A team even with dream purchases of Coutinho, Zaha, VDB, Leno, Bissouma with Lamps as manager will finish top nine at best, because….

5. One thing that PSG did was to show that just throwing nonsense money won’t work. Changed the entire landscape of the market and there can be no argument that everyone who sold their players during that madness made the best moves while any players bought were highly highly overpriced by 2-3x. Fully expect all bids around Newcastle to start at £80m for players that aren’t worth 25, and that’s great. Really hoping they buy VDB, Martial and Lingard for a combined £200m. Thanks.

6. Sold your soul and I fully expect Newcastle to end up with absolutely nothing to show for it. I can see the owners abandoning the club at the earliest sign of disrespect or trouble.
Aman

Can Saudis even spend money with FFP?
The main upside to the Saudis’ purchase of Newcastle for Newcastle fans is that they are now backed by silly amount of cash. However, isn’t FFP and the PL’s ruling that the state can’t be involved designed to stop this? Obviously we don’t believe this in practice, but where Man City seemed to fall foul albeit after the discovery period had lapsed was a direct connection between Man City wanting more money, so their owners upped their sponsorship from a company that they owned to an inflated level to provide it rather than City spending based on their organic turnover. If the PIF want to spaff loads of cash in, it will have to be signed off by the Saudi ruler as chair of the PIF. FFP and the PL ruling should kick in meaning that this can’t happen.

I don’t know who else the PIF invest in beyond smaller shares in mega companies. I’m sure they have an airline so may soon be sponsoring the referees and may want to rename the stadium away from a Christian saint (total presumption that St James is a Christion saint). I imagine that they won’t want to be sponsored by gambling websites which is one for the positive column.

Isn’t FFP designed to stop this, or at least make clubs work for it? Designed to ensure that only Manchester United, or other clubs with official medical equipment sponsors, can set the British transfer record and not Chelsea or City. I can’t see City being happy to watch Newcastle mug off FFP.

Personally, I am against FFP. I am happy for the ill-gotten gains of billionaires, because a billionaire’s gains are always ill-gotten, to be spent on football compared with the current model of expecting people to pay for it. But let’s make them spend their money in a way that works for society instead.

Restrictions on owner soft loans, the clubs borrowing from owners. No glazer leveraged buyouts or Chelsea axe waiting to fall.
Parental guarantees if clubs fail.
Match spending on the women’s team.
Pay all staff, including contractors, the living wage.
Pay all staff win bonuses, not just the players.
Fixed prices for travelling fans, but travelling fans allotted by ballot.
Players allowed to dissolve their contracts if they aren’t getting 900 minutes of first team football a season. Equivalent of ten games. This wills stop the stockpiling of young players.
Financial penalties for discrimination and lack of safeguarding.
Financial penalties for non-compliance. No trying to kick them out of competitions. Just take their money.
Financial fines for drunk fans punching a police horse. We haven’t forgotten Newcastle!

I’d also like to see footballers have 5 GCSE’s level c or above before they can sign a pro contract but that’s a different debate!

Johnny Nic – call me, I’m sure I have forgotten some.
Alex, South London

Will football eat itself until it franchises?
It’s international week so there’s plenty of time to consider, love, life and football. Just spitballing some thoughts now that the Saudis have joined the world of sports washing and it’s impact on football. For the Geordies it’s unbridled joy but for most outside the tripartite does the Middle East cartel present an existential threat to football.

The EU banned state aid competition and removed Spain’s and Catalonia’s ability to support Madrid and Barca. This was effectively bypassed when Abu Dhabi and Qatar came in to purchase City and PSG.

Transfer prices but more importantly wage inflation presents a real threat to competition and financial viability for football. PSG’s yearly wage bill for Mbappe, Neymar and Messi will outflank most teams in Europe. Newcastle will have its own impact as they look to persuade players to the North East. Are we to see a geo political sports war played out in Europe.

We’ve seen threats of a Super League defeated, maybe the best way to underpin the future of football is to create a UEFA franchise system that enables true competition by limiting spending on transfers and wages and sharing out of youth talent. We saw how easily FFP was bypassed by City and PSG so it would need some thought. I appreciate it would mean turkeys voting for Xmas but I believe the old guard would be open to it as they recognise they are no longer in a position to dictate to others.

Anyway can’t wait for the domestic league to start again, all this thinking is making my brain hurt.
P Didi

Raging against ‘wokeness’
All this nonsense about a nasty Johnny foreigner buying Newcastle just stinks of an argument about who is more woke (for those that don’t know and even I had to Google it, “woke” means that you are an arsehole who loves to point out other’s faults, shortcomings and general unwokeness, particularly those relating to being unkind or biased towards 3rd parties that didn’t notice or haven’t had the chance to complain yet. Shaming people on the interweb is a must).

Being more woke is like being more religious. It just makes you even more of an arsehole and not a better or kinder person in any way.

My point? Oh yes, who are the woke people of this world to judge that the UK laws and morality are the best established in the world? Russia, China and co are not very woke because they have communism and all the clear wrongs associated with that – they should be a democracy like the US? The Taliban are even worse because they chop peoples hands off and suppress women? And as for the Saudis….

As mentioned by others, FIFA and most football fans don’t care about this when the World Cup venue is sold to the highest bidder. So what gives anyone the right to criticise an individual from any country that doesn’t happen to have the same perfect morals as you?

Just because laws in another country are different, it doesn’t make them wrong. Outdated probably, but not all countries have the same priorities of what needs changing next as you.

The multi-billion football industry lost its right to hold any moral high ground years ago yet it is doing its bit by taking the knee, promoting the women’s game, LGBTQ+ efforts (I think?) and the like – you can definitely argue it’s not enough but I’d rather give credit for the increased effort made this last year or two when these issues have been ignored long before Justin Fashanu became the only guy in the village, long may it continue. These take money which inadvertently has come from those that the wokest of you choose to put down.

While I will no doubt get lots of criticism for this unwokeness, I’ll leave you one thing to consider. While you decide for the rest of the world what they should be prioritising and thinking about, in world football they’ve decided to tackle mainly racism and sexism. Where I am in South Africa, racism is a political strategy and is actively promoted so isn’t going anywhere and sexism is arguably even further behind. However, things like poverty, access to clean water, toilets, electricity and reducing gender-based violence (because we’ve given up on trying to reduce murders) are more important over here than pressing issues in the UK like giving everyone free double glazing.
Jon, Cape Town (SA, the land where laws are more of a suggestion than actually policed)

Raging against racism towards Saudis
Was Ross Ashman’s mail worthy of printing, let alone the first on the mailbox?

I do not support the takeover in any way. The FA should have blocked it in my opinion, but they didn’t, so here we are. To encourage a xenophobic “ditty”, which insults an entire nation to be sung from our stands up and down our own nation is disgusting though.

More could maybe be made of the dehumanising aspect of using the tune of a song which refers to “animals” too, but we’ll say that’s just an unfortunate song choice, rather than a conscious decision.

I know it’s a mailbox and not an editorial, but you put it on the site and this content goes against the principles which I believed this website stood for; or does the anti-racism stance not include people from that part of the world?

The comments section can now descend into anti-Islam “banter” as the top of the page greenlights everyone to show their ugliest sides.