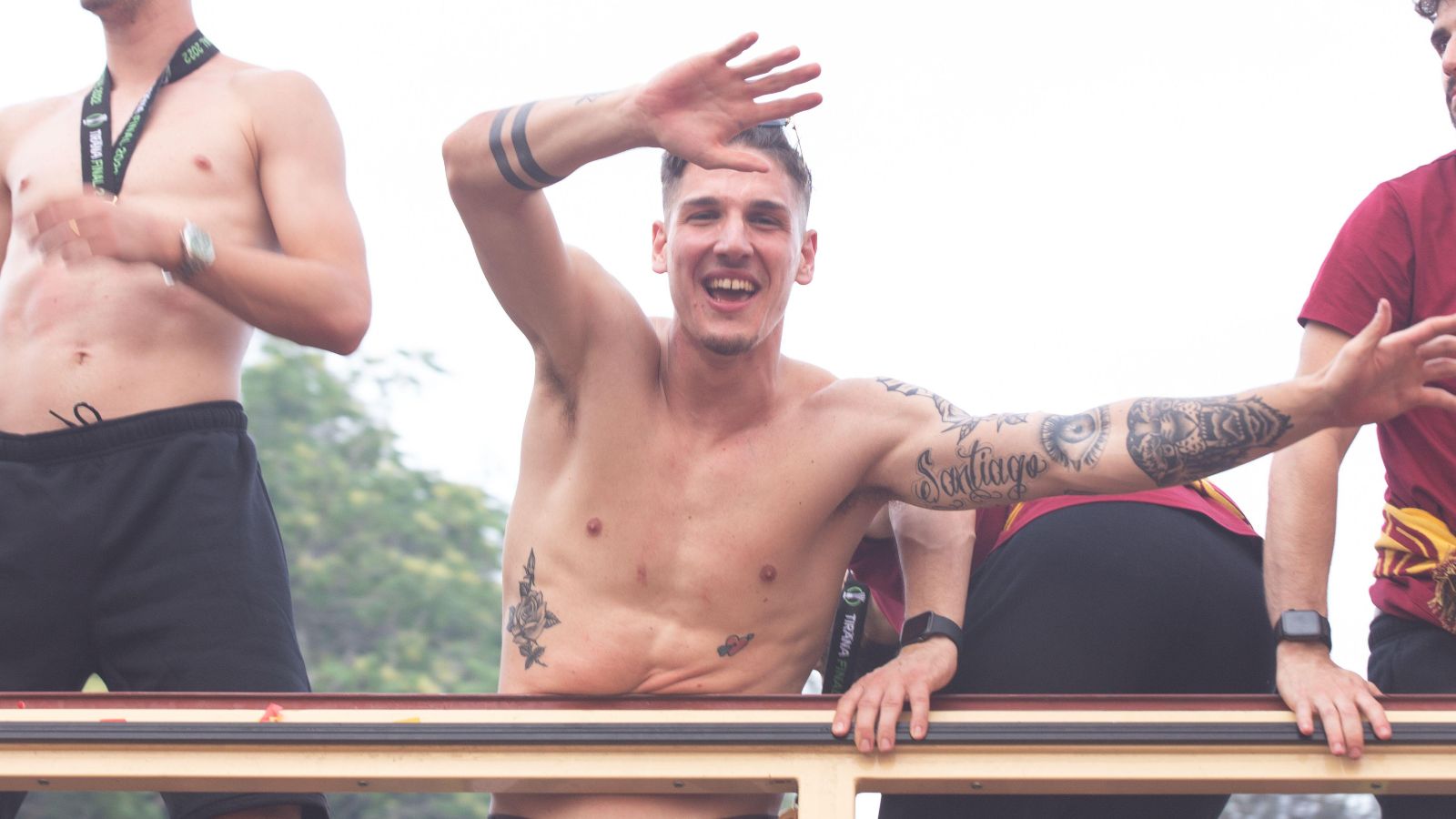 According to reports, Newcastle United and Tottenham Hotspur do not have the ‘full liking’ of AS Roma midfielder Nicolo Zaniolo.

The 22-year-old had a spell at Inter Milan as a youth player but he has been with Roma since 2018.

Zaniolo went straight into the first-term in 2018/19 as he played 36 times for them that season across all competitions.

His progress was hampered in 2020 as he suffered two separate anterior cruciate ligament injuries in January and September.

The midfielder returned to full fitness ahead of the 2021/22 campaign as Jose Mourinho took over.

Zaniolo provided eight goals and nine assists under Mourinho as he was one of Roma’s standout players last term. He helped them win the first Europa Conference League.

Gazzetta dello Sport (via Sport Witness) are reporting that Roma ‘are willing to sit down to the negotiating table’ if €50m is offered for Zaniolo. They are also not interested in a player-plus-cash deal.

It is noted that ‘Newcastle and Tottenham don’t have the full liking’ of the attacking midfielder.

The report states that Zaniolo ‘would prefer to stay in Italy’ with AC Milan and Juventus interested in him.

Elsewhere, Newcastle United and Tottenham Hotspur are also interested in Roma defender Roger Ibanez this summer. They are ‘ready to offer £30m’ for him.

The centre-back had spells at Fluminense and Atalanta before he joined Roma on an initial loan deal at the start of 2020. This move was made permanent soon after for €8m.

Ibanez has played 101 times for Roma over the past couple of seasons. Jose Mourinho took over last year and the ex-Tottenham boss is clearly an admirer of the 23-year-old.

He featured 51 times under Roma in 2021/22 as the Serie A side won the Europa Conference League.

Italian outlet Calciomercato are reporting that ‘the British sirens of Newcastle and Tottenham have sounded’ for Ibanez.

It is stated that the Premier League duo are ‘ready to offer £30m’ for the defender. His contract runs until 2025.

The report adds that ‘no official requests’ have come in for Ibanez yet. They go onto add that if he exits Roma, ‘Mourinho could bet on Marcos Senesi of Feyenoord or Arthur Theate of Bologna’.