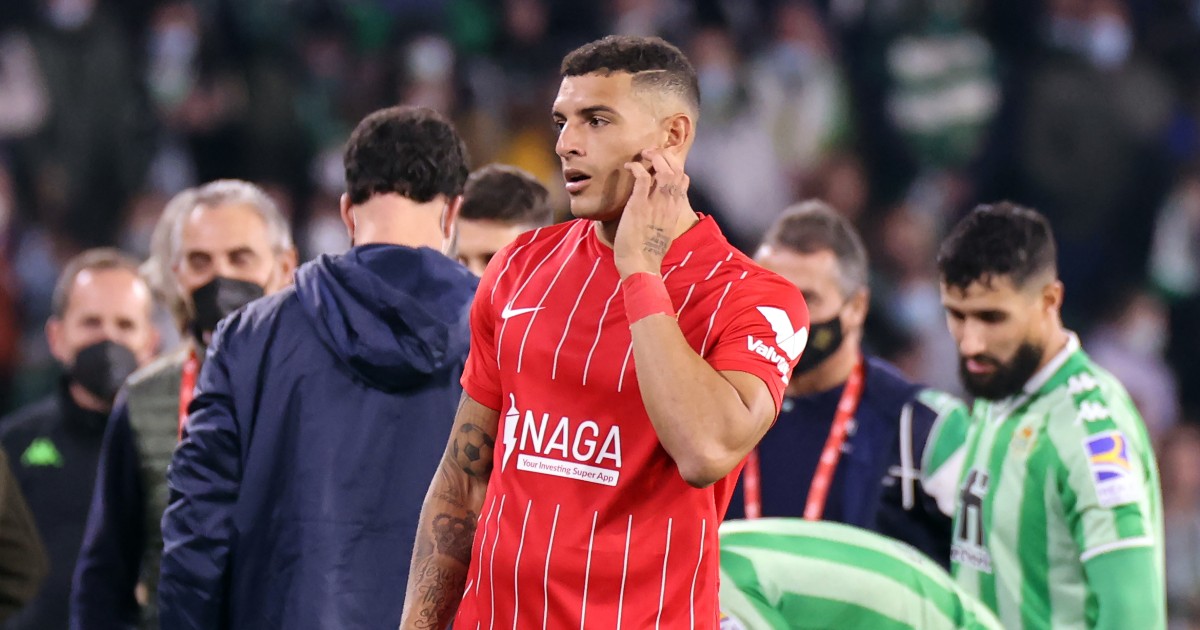 Newcastle have suffered a double transfer blow in their continuing efforts to improve a relegation-battling squad.

The Magpies have already signed Kieran Trippier and Chris Wood as part of a worryingly sensible January recruitment drive.

But the club have targeted players in a number of other positions, particularly in central defence and midfield.

After finding difficulties in their pursuits of Lille’s Sven Botman and Benoit Badiashile, the Monaco centre-half, Newcastle turned their attentions to Diego Carlos.

The Sevilla defender was more receptive to those overtures, with some reports even suggesting he had agreed personal terms of a lucrative five-year contract.

Yet Newcastle have been unable to agree a fee with Sevilla, having bids of £25m and £30m rejected as the Spanish side hold out for something closer to the 28-year-old’s £67m release clause.

Diego Carlos news is tough; Jan has been frustrating, because it is frustrating! #NUFC are scrambling, desperate & rich; that’s a bad combination. Plus Covid and all the other risks of winter business, this is hardly a shock.

An offer of £50m is likely to be accepted but the Daily Express claim that Newcastle are instead ‘considering pulling the plug’ on talks ‘due to their lack of progress’.

Newcastle felt that Sevilla had been sending ‘mixed messages’ before reports emerged on Wednesday evening suggesting that an unnamed Premier League club had matched their bid for Carlos.

The Express add that Eddie Howe’s side ‘believed they were being messed around’ when that story surfaced, feeling that Sevilla were trying to force their hand by teasing interest from elsewhere despite no other teams being specifically linked.

Newcastle are subsequently ‘cautious’ and could move on, particularly after Carlos told the Ultima Hora show in Spain: “I have a lot of time left here.”

Another player they are locked in negotiations over is Jesse Lingard, with a breakthrough yet to be found with Manchester United.

The Magpies have already had one offer ‘rebuffed’, according to the Daily Mail, as Lingard’s parent club seek to keep him as a squad member.

Lingard himself wants to move on loan in January ‘to keep his options open’ when his Manchester United contract expires in the summer – and ‘a sizeable loan fee’ from Newcastle could grease the wheels.

Manchester United, however, are ‘concerned’ about any potential Covid outbreaks and thus want to maintain as many squad options as possible.

Their reluctance to strengthen a rival rules out West Ham and Tottenham, both of whom have been linked, but Newcastle’s relegation-battling plight means Manchester United would be more receptive to sending him to St James’ Park.

Newcastle, in any event, ‘are becoming desperate for reinforcements’.