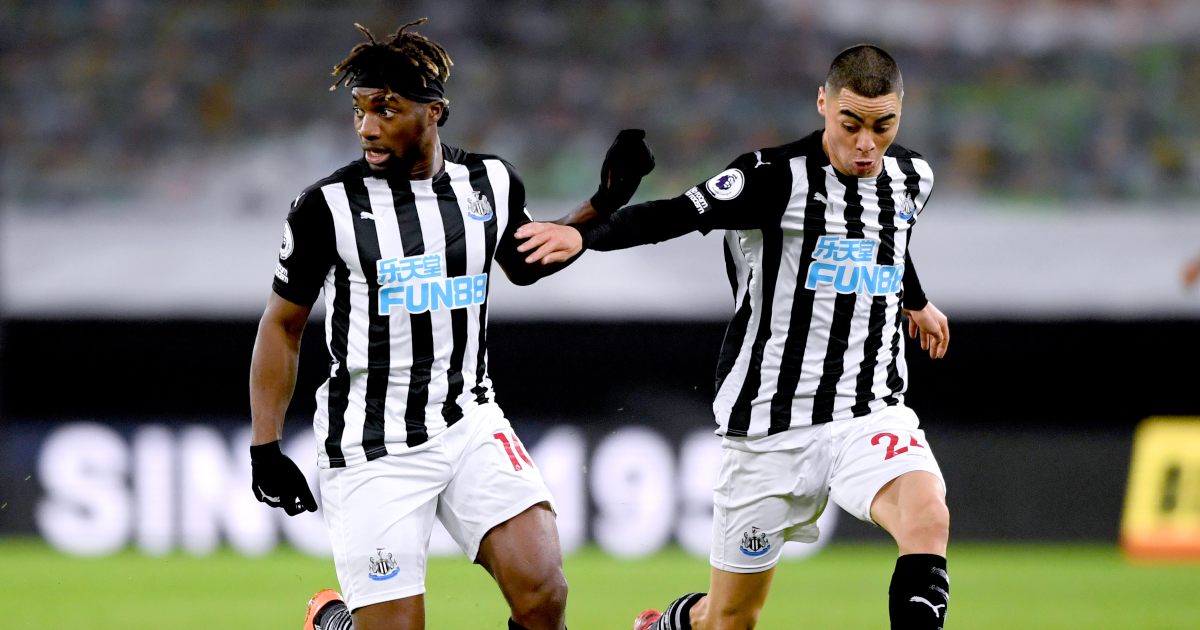 Steve Bruce will be without his three most potent players after Miguel Almiron and Allan Saint-Maximin were ruled out of Newcastle’s Premier League survival fight until April.

With 10-goal striker Callum Wilson already sidelined by a hamstring injury, Almiron and Saint-Maximin have joined him in the treatment room with knee and groin problems respectively following Saturday’s 1-1 draw with Wolves.

That means the Magpies will head into their crucial relegation clash with lowly West Brom at the Hawthorns on Sunday without three men who have scored 16 of their 27 league goals this season.

A statement on the club’s official website said: “Newcastle United forwards Miguel Almiron and Allan Saint-Maximin will be out of action until April after picking up injuries during the Magpies’ 1-1 draw with Wolves on Saturday.

“Almiron sustained a knee injury and had to be replaced at half-time, while Saint-Maximin suffered a groin injury in the 63rd minute. Both have undergone scans and will continue their rehabilitation with the club’s medical team.

“Defender Emil Krafth, who was substituted in the same game, is set to resume training later this week.”

The timing could hardly have been worse for under-pressure head coach Bruce, who has repeatedly bemoaned the fact that he has never been able to field his strongest side during a difficult season.

Newcastle currently sit in 17th place in the table, just three points better off than Fulham inside the drop zone with 12 games remaining.

A shortage of goals has blighted the club in recent seasons and last summer’s £20million swoop for Bournemouth striker Wilson was designed to address that failing.

Bruce will now have to rely upon £40million record signing Joelinton, who has scored just three goals in 58 league appearances, Dwight Gayle and Andy Carroll for the goals they need to ease themselves to safety.

Perhaps just as significantly, the loss of Almiron and Saint-Maximin will take much of the pace out of a team which is most effective on the counter-attack, and replacing that will be equally challenging.