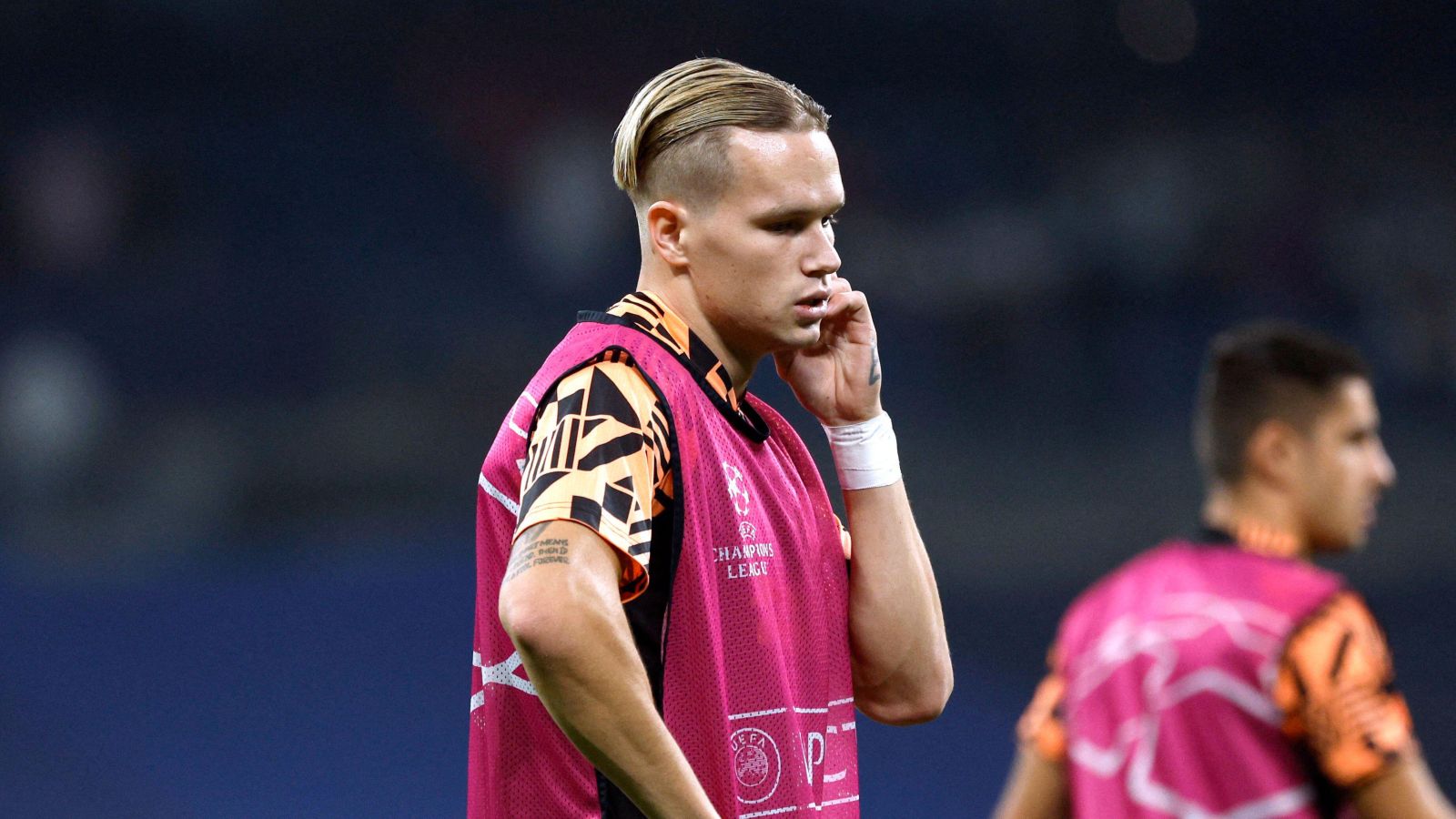 Newcastle United have reportedly ‘laid the groundwork’ to sign Shakhtar Donetsk winger Mykhaylo Mudryk in January in a deal that could be worth over £50m.

The Ukraine international is set to be talked about a lot in the coming weeks as we gear ourselves up for the January transfer window.

Interested clubs have been boosted of late as Shakhtar Donetsk failed to qualify for the knockout stages of the Champions League.

Instead, they will battle Ligue 1 side Rennes in a Europa League knockout round play-off in February.

Mudryk has been the Ukrainian side’s star player this season. He put in a couple of brilliant performances in the Champions League group stages.

In six games, he provided three goals and two assists as his side finished third in Group F behind Real Madrid and RB Leipzig.

He has also been in great form in the Ukrainian Premier Liga as overall he has 15 goal contributions in 15 appearances.

A transfer to the Premier League looks to be on the agenda in the near future. Everton had a bid rejected for him in the summer as they were unable to meet Shakhtar’s asking price.

They are understood to want as much as 70 million euros (£61m) for their prized asset.

Arsenal were keen on him during the summer transfer window but they stopped short of submitting an official bid to Shakhtar.

The Londoners remain keen on Mudryk and signing a new winger is one of their priorities either in January or next summer.

They were also linked with the likes of Pedro Neto and Yeremi Pino but they ended up settling with the players they have got.

Transfer guru Fabrizio Romano suggested earlier this week that “the race is still open” for Mudryk.

“Many clubs are interested but there is still no official bid. Let me say that Arsenal are still working on it and are in contact on the player side,” Romano said via his YouTube channel.

“Arsenal consider Mudryk to be a top talent so yes they are still interested in him. They want him and are following him.

“Let’s keep an eye on this deal but the race is still open to other clubs.”

Now Football Insider are reporting that Newcastle are ‘laying to groundwork’ to sign Mudryk ahead of Arsenal.

The club are said to be keen to sign an ‘A-list attacker’ and PIF have given them the ‘green light’ to make a ‘box-office signing’ in January.

Mudryk is described as a ‘top target’ and Newcastle have so far ‘made preliminary moves’ to make the deal happen.

A potential club record deal is on the cards as the Magpies are expecting the 21-year-old to cost ‘£50m+’.

The report does note though that Newcastle face ‘extensive competition’ with Arsenal also being known to be admirers of the ‘sensation’.