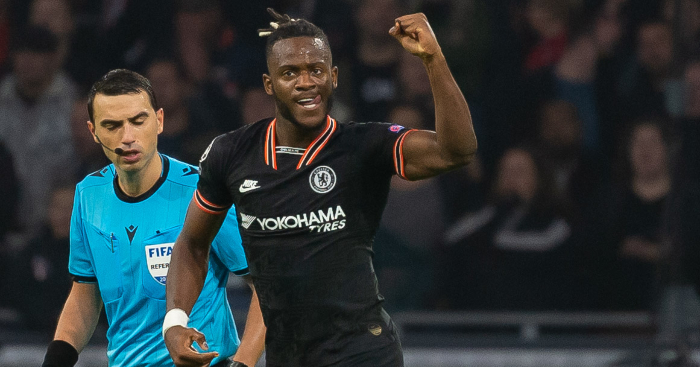 Chelsea striker Michy Batshuayi could be heading to Newcastle United this summer with the Magpies ready to make a move, according to reports.

Reports on Saturday claimed that the Blues are ready to have a major clearout this summer, with Batshuayi almost certain to leave if the Blues complete a proposed deal for RB Leipzig’s Timo Werner.

If and when the Germany international arrives, it will leave the Belgian also behind the likes of Tammy Abraham and Olivier Giroud in the pecking order at Stamford Bridge.

It’s stated that West Ham are long-term admirers of Batshuayi, although Crystal Palace are also keen on landing the 26-year-old on a permanent basis after a spell on loan at Selhurst Park last season.

Batshuayi has scored 25 goals in 77 games for Chelsea since his £33million move from Marseille in 2016, including six this season, but is expected to leave in search of regular playing time.

It would appear that Blues boss Frank Lampard does not trust the striker to start regularly, with the Daily Mirror stating that Newcastle are ready to take advantage of the situation and beat the Hammers and Palace to the player’s signature.

The St James’ Park outfit are expected to be major players in the summer transfer window, as they await their big-money takeover, and are being tipped to blow the London duo out of the water with a more substantial bid to bring Batshuayi to Tyneside.

Meanwhile, Newcastle have reportedly earmarked an ambitious move for Real Madrid midfield Luka Modric if their proposed takeover goes through.

Lawyers working on behalf of the Premier League are analysing the £300million bid from the controversial Saudi public investment fund.

Officials are going through the Premier League Owners and Directors’ Test and deciding whether the deal can proceed, with other interested parties believed to be waiting in the wings.

If the deal goes ahead, the arrival of Sheik Bin Salman to the club’s shareholders would mean increased money for transfers with Modric a reported target.