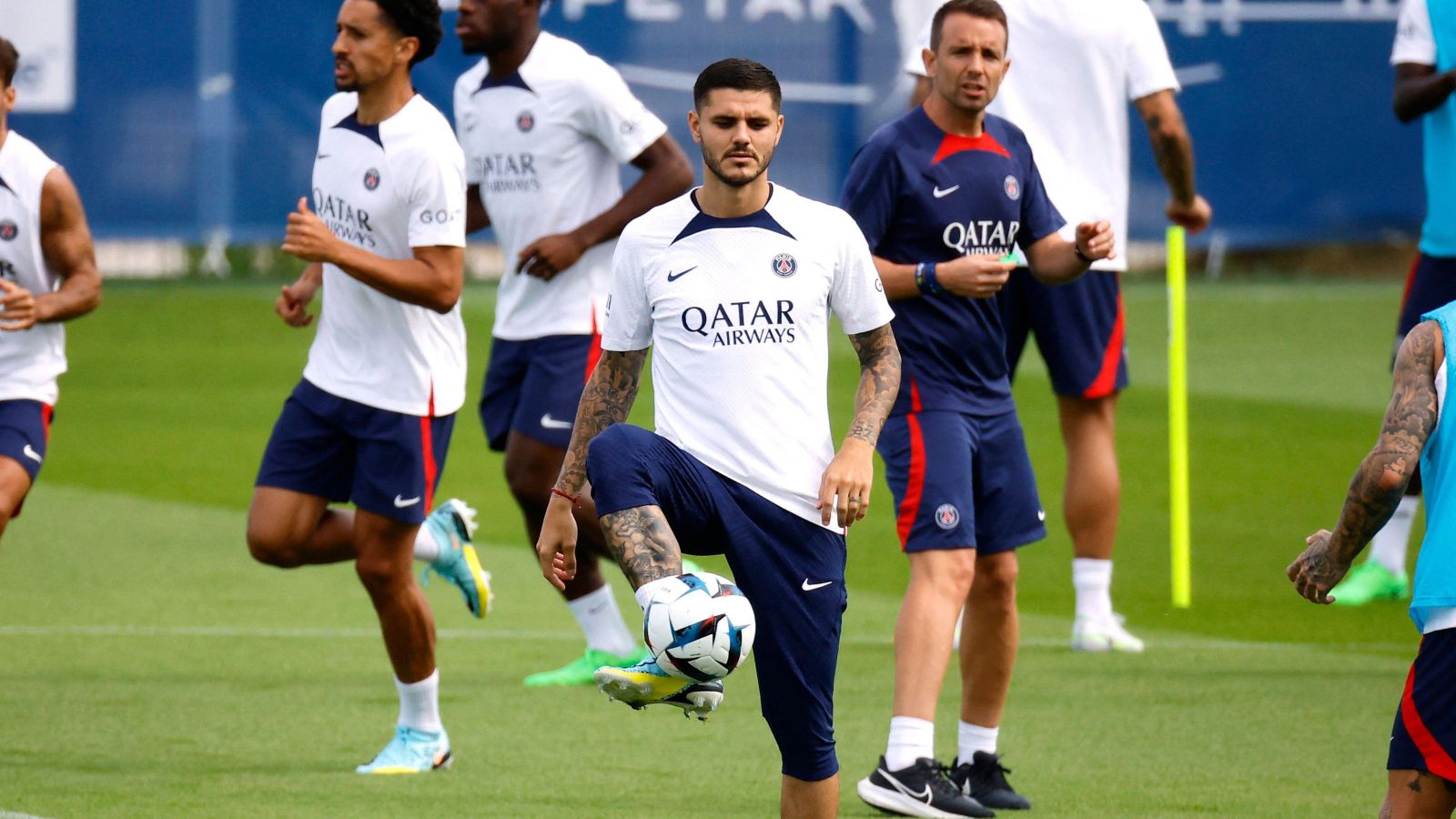 Fabrizio Romano has revealed that PSG have “offered” their forward Mauro Icardi to Newcastle United after Arsenal opted against signing him.

One of Arsenal’s priorities this summer was to sign a new striker after they lost Pierre-Emerick Aubemeyang and Alexandre Lacazette.

They were quick to secure their top target as they spent £45m to sign Gabriel Jesus from Manchester City.

Before this signing was completed, Arsenal were offered the chance to sign Icardi, but they turned this down.

Unlike Arsenal, Newcastle are believed to still be in the market for a new centre-forward.

Earlier this summer, Romano suggested that the Magpies are keen to find the “right” striker:

“I think signing a striker is the priority for them right now,” Romano told GiveMeSport.

“After Sven Botman – who has been a top deal in defence – the priority will be for a striker, but they want to find the right one.”

Newcastle were interested in Hugo Ekitike, but the young forward has signed for PSG instead.

The French giants are now looking to offload Icardi and according to Romano, they “want to find a solution soon”.

The 29-year-old scored five goals in 30 appearances for PSG across all competitions last term.

This is his lowest scoring tally in a season, as he previously enjoyed a brilliant spell in Serie A with Inter Milan.

Romano is now noting that Newcastle have been “offered” the chance to sign Icardi, but they have “not made any kind of proposal”:

“I’ve written about Mauro Icardi being offered to Manchester United, and also Arsenal earlier in the summer, though they preferred to sign Gabriel Jesus. I can now reveal that the Argentine also been offered to Newcastle,” Romano told Caught Offside.

“Icardi’s situation is really difficult. PSG want to find a solution soon, but the player does not intend to accept unwanted destinations.

“He has been offered to Man Utd and Newcastle who have not made any kind of proposal for Icardi so far. There are also Galatasaray emissaries who contacted Icardi’s camp this week.”

Newcastle have not been as busy in the transfer market as most expected them to be this summer.

Long-term target Sven Botman has been their marquee signing as they paid £33m to sign him from Lille. Nick Pope and Matt Target have also joined them on permanent deals.

The Magpies are now looking to bring in Watford forward Joao Pedro.