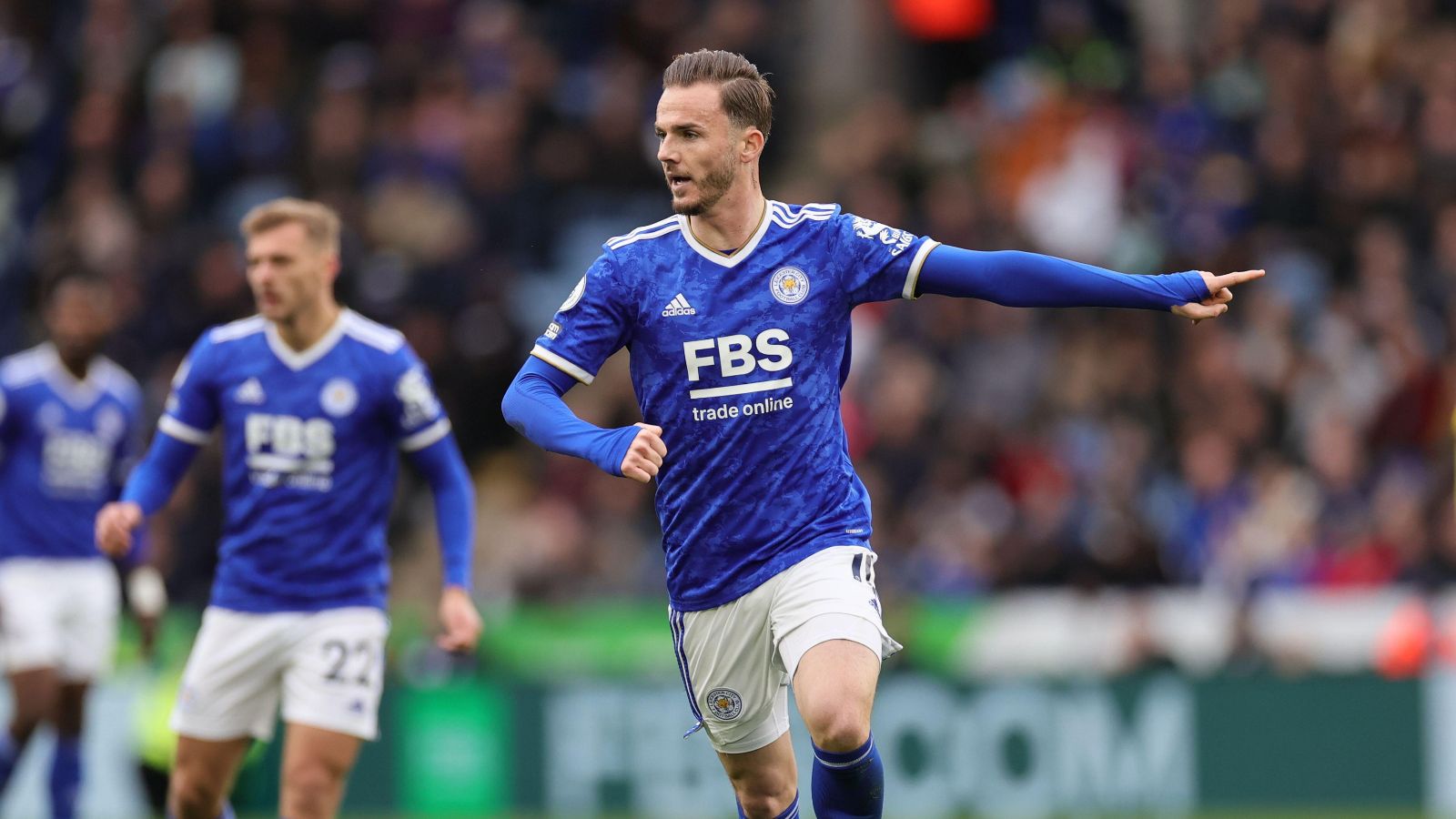 Leicester City have reportedly ‘slapped a £60m price tag’ on their midfielder James Maddison amid interest from Newcastle United.

After consecutive finishes in the Europa League, the Foxes fell to eighth at the end of the 2021/22 campaign.

A “healthy shake-up” was promised by Brendan Rodgers this summer. But with the new season now just days away, they are yet to sign anyone.

The club’s supporters will be even more concerned given that some of their best players are now being linked with moves elsewhere.

Youri Tielemans is out of contract in 2023 and he will likely join Arsenal, if the north Londoners get their act together.

Chelsea are being linked with every centre-back under the sun and Wesley Fofana is among the players they are after. Though this transfer is less likely, as Leicester are currently asking for £80-85m for his services.

Foxes boss Rodgers is adamant that the club’s prized asset is not up for sale this summer:

“Naturally, [Fofana] is a top talent. He’s not for sale,” Rodgers said (via Leicestershire Live).

“He still has lots of improvements to make. He’s very happy here, he really enjoys being here.

“Naturally he will attract the interest of other clubs. Our job, in not signing anyone so far, is to at least keep the players we have. I know that’s the intention of the club.”

Maddison is the latest Leicester standout to be targeted by one of the club’s rivals. Last week it was revealed that Newcastle United had a £40m offer rejected for him.

Newcastle’s interest comes as no surprise as the player grabbed twelve goals and eight assists in the Premier League last term.

Football Insider are reporting that Newcastle United will have to pay £60m if they are going to sign Maddison this summer.

The player is not out of contract until 2024 so Leicester are not under lots of pressure to cash in on him this summer.

But Leicester will ‘cash in’ if they receive £60m, with Newcastle ‘weighing up an improved offer’.

Newcastle have identified him as their ‘top target’. Though Football Insider come with a common sense take that ‘Leicester could now open talks over another new contract’ to keep Maddison, which is very insightful.

The Magpies have already spent big to sign long-term target Sven Botman this summer for £33m. They have also brought in Nick Pope and Matt Targett on permanent deals.