Home All The News Newcastle v Chelsea: Will the Blues batter tired Toon? 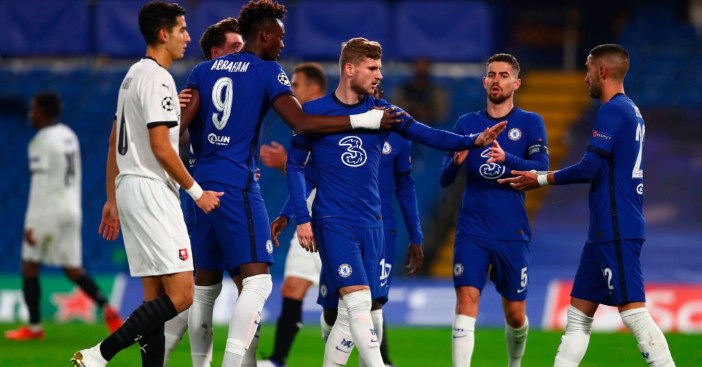 Newcastle v Chelsea is the Saturday 12.30 kick-off. Expect Chelsea to have the ball but not all the chances.

Newcastle have been porous between the lines in 2020/21, conceding far more chances than last season as Steve Bruce looks to open up and play a more adventurous game. However, he took a step back towards familiarity just before the international break, playing a defensive 5-3-2 formation in a 2-1 victory over Everton. Newcastle are likely to deploy the same system on Saturday.

That will ensure this is an extremely one-sided game, with the hosts sitting deep and happily allowing Chelsea to hold 70%-plus of the ball. The challenge for Frank Lampard is to find the right combination of forwards to pick the lock, while being quick enough at shutting down counter-attacks to keep up Chelsea’s improving defensive record.

Since we know how Chelsea will play – freely creating in the final third, moving around at will to find gaps in the Newcastle brick wall – the key battle zone is hidden at the other end of the pitch. In a 5-3-2 against Everton, Newcastle managed to seamlessly transition into counter-attacks via the tireless work of Miguel Almiron, who moved from central midfield to part of a front three when Bruce’s side had the chance to pour forward.

This weekend the focus will be on launching long balls into Chelsea’s right, which is often left open because right-back Reece James is expected to provide high attacking width when Chelsea are in possession. Allan Saint-Maximin, on the left of a front two, will peel out wide to get behind James and counter-attack at the heart of the Chelsea defence.

Keep an eye on… Newcastle’s resolve

The biggest barrier to a positive result for Newcastle is physical exhaustion. They are less compact in 2020/21 than last season, perhaps because of Bruce’s lingering desire to become a more expansive manager towards the end of 2019/20 when a takeover seemed imminent. With injuries stacking up, Newcastle are struggling to cope and could find themselves overwhelmed in the final 20 minutes on Saturday.

Manchester United scored three goals after the 85th minute in their 4-1 victory over Newcastle, a match that showed just how exhausting this campaign will be for clubs hoping to focus on defending in numbers for an entire 90 minutes. Chelsea have the talent, and the depth from the bench, to take advantage should Newcastle’s resolve weaken towards the end of the match.

One to watch… Hakim Ziyech

Hakim Ziyech has been Chelsea’s best player in each of their last two Premier League games, scoring or creating four goals – that’s 50% of Chelsea’s total – in the defeats of Burnley and Sheffield United, two teams with similar defensive structures to the one Lampard’s side face this weekend.

What Ziyech gives Chelsea is subtle creativity; the playmaking of a number ten able to operate in the tightest of spaces. Lurking just outside the Newcastle penalty area, Ziyech can unlock the hosts’ five-man defence with clever through balls into Timo Werner and Tammy Abraham.