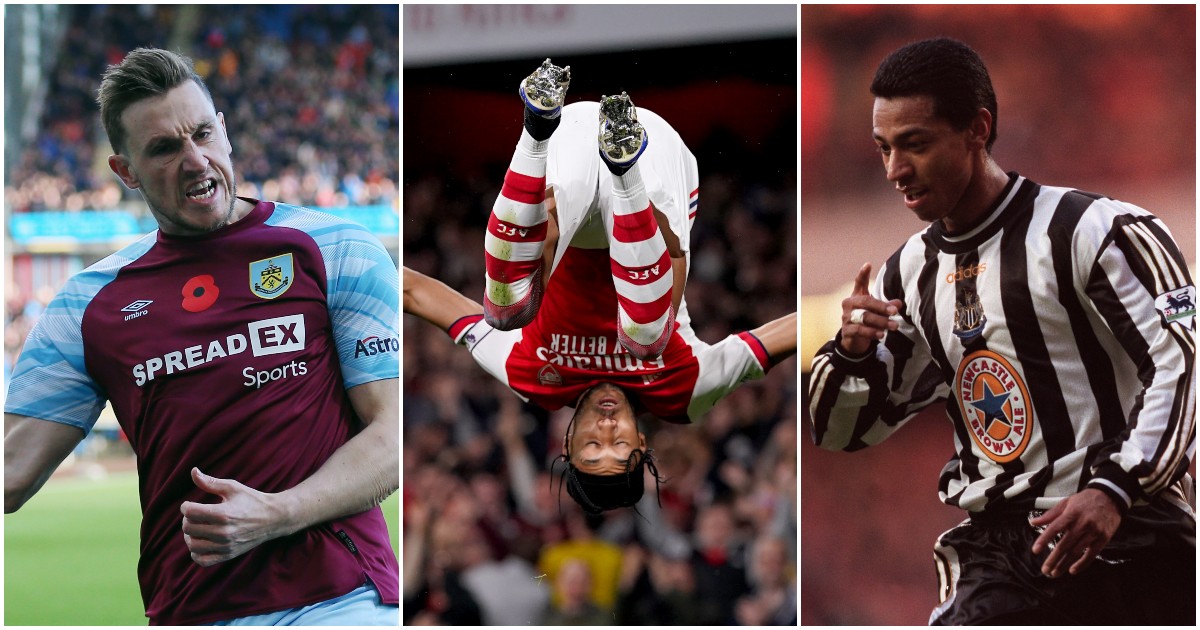 Newcastle presumably aren’t signing Chris Wood specifically because he has scored so many of New Zealand’s Premier League goals but still.

The following 30 players have scored three-quarters or more of their country’s overall Premier League goal tally. And good on them for it.

Alexis Sanchez – 63 of Chile’s 81 goals (77%)
With no Chilean players currently knocking around the Premier League and closest challenger Clarence Acuna retiring more than a decade ago, Alexis Sanchez is probably safe.

Chris Wood – 50 of New Zealand’s 65 goals (78.1%)
That’s what £25m will get you: one of only six players to reach double figures for goals in each of the last four Premier League seasons.

Stevan Jovetic – 8 of Montenegro’s 10 goals (80%)
Manchester City probably felt a little short-changed by that return, as evidenced by the arrival of Wilfried Bony 18 months later. Stevan Jovetic had the last laugh in 2021 when he became only the second player to ever score in each of Europe’s current top five leagues.

Zoltan Gera – 17 of Hungary’s 21 goals (81%)
You don’t mess with the Zoltan, which was a lesson many would eventually come to learn throughout the mid-2000s and early 2010s. Gera scored against them all, from Manchester United and Liverpool to Spurs and Chelsea. Some chancers called Juventus, too.

Ruel Fox – 36 of Montserrat’s 41 goals (87.8%)
That’s what playing for The Entertainers gets you – Ruel Fox saved his best scoring Premier League season for 1994/95, contributing ten goals to a ludicrously fun cause.

Christopher Samba – 16 of Congo’s 18 goals (88%)
Blackburn announced that Christopher Samba had returned to Ewood Park as an academy coach in November; Rovers have won five of their six Championship games since, drawing the other. Coincidence? Yes. But still.

Pierre-Emerick Aubameyang – 68 of Gabon’s 76 goals (89.5%)
Arsenal would probably take any of Daniel Cousin, Mario Lemina or Didier Ndong as captain and starting striker instead right now.

Emmerson Boyce – 11 of Barbados’ 12 goals (91.7%)
One of those was a consolation scorpion kick from a James McCarthy miskick in defeat to Swansea. That sure is a sentence.

Jason Roberts – 36 of Grenada’s 39 goals (92.3%)
Shandon Baptiste became only the third Grenada launcher to score a Premier League goal when he netted against Leeds in December. One more will catch Delroy Facey but Jason Roberts has a healthy lead.

Edin Dzeko – 50 of Bosnia’s 54 goals (92.6%)
The bad news for Edin Dzeko is that the second-highest scoring Bosnian in Premier League history, as well as one of those in joint third place, are still playing in England’s top flight. The good news is that those men are Sead Kolasinac and Asmir Begovic.

Saido Berahino – 23 of Burundi’s 24 goals (95.8%)
There is a perceptible air of ‘The Streets Will Never Forget’ about Saido Berahino, who Tottenham are surely preparing another bid for at this very moment.

Salomon Rondon – 36 of Venezuela’s 37 goals (97.3%)
A reminder that Everton signed Salomon Rondon on a two-year contract while retaining the option for a third; his Premier League goal haul has been increased by one after 12 very tired appearances.

Ragnar Klavan – all of Estonia’s 1 goal
The only other Estonians to feature in the Premier League are goalkeepers. Then again, Mart Poom does have form.

Modou Barrow – all of Gambia’s 1 goal
While not exactly known for reinventing the wheel, Barrow showed Gambia how to do it in March 2016. Swansea gave him a three-year contract shortly after that goal in defeat to Bournemouth, adding a slightly unnecessary £15m release clause.

Mbwana Samatta – all of Tanzania’s 1 goal
Aston Villa had no fit strikers in January 2020. They signed Mbwana Samatta. He scored on his Premier League debut and only once again for the Midlands club thereafter: in the Carabao Cup final against Manchester City. He was sold permanently last summer. What Samatta?

Pedro Obiang – all of Equitoreal Guinea’s 3 goals
You’d hope by the third goal that David Gold had realised he wasn’t Angelo Ogbonna.

Aboubakar Kamara – all of Mauritania’s 3 goals
Not a bad record at all, considering those efforts came against Leicester, Manchester United and Arsenal. Then you recall that it was Aboubakar Kamara who argued with Aleksandar Mitrovic over the taking of a penalty before subsequently missing it, locking horns with the Serb during a yoga session, becoming the only person to ever elicit an angry reaction from Claudio Ranieri and being arrested on club premises on suspicion of actual bodily harm. Ah.

Armando Broja – all of Albania’s 5 goals
He is proper. Even more so than Lorik Cana.

Bertrand Traore – all of Burkina Faso’s 9 goals
That goal against West Brom in December 2020 remains one of the single greatest feats in human history.

Danny Higginbotham – all of Gibraltar’s 9 goals
Again, they were all scored long before he officially became a Gibraltan rock at the back but the nine goals Danny Higginbotham netted for four different teams sets him apart. He never lost a Premier League game in which he scored.

Shaun Goater – all of Bermuda’s 13 goals
Manchester United conceded three of those. But one defeat in 10 is absolutely their ‘lowest point’ since 1990.

Henrikh Mkhitaryan – all of Armenia’s 13 goals
Five in 39 for Manchester United. Eight in 39 for Arsenal. A spell at Roma has unlocked him in much the same way Borussia Dortmund did, even if he must be on the brink of developing a complex after being told for the 427th time how mentally frail he and his teammates are.

Carl Cort – all of Guyana’s 28 goals
The probably apocryphal tale goes that Sir Bobby Robson was so enamoured with Jason Euell that he asked Newcastle to sign that young English striker from Wimbledon and ended up accidentally approving the £7.5m purchase of Carl Cort instead. Some might describe Cort as half the player of Euell, which gives the former’s 28 Premier League goals to the latter’s 56 a lovely symmetry. Younger brother Leon, former Fulham defender Matthew Briggs and Blackburn and Birmingham midfielder Neil Danns had a crack at Cort’s imperious Guyana record but none could lay a scratch.