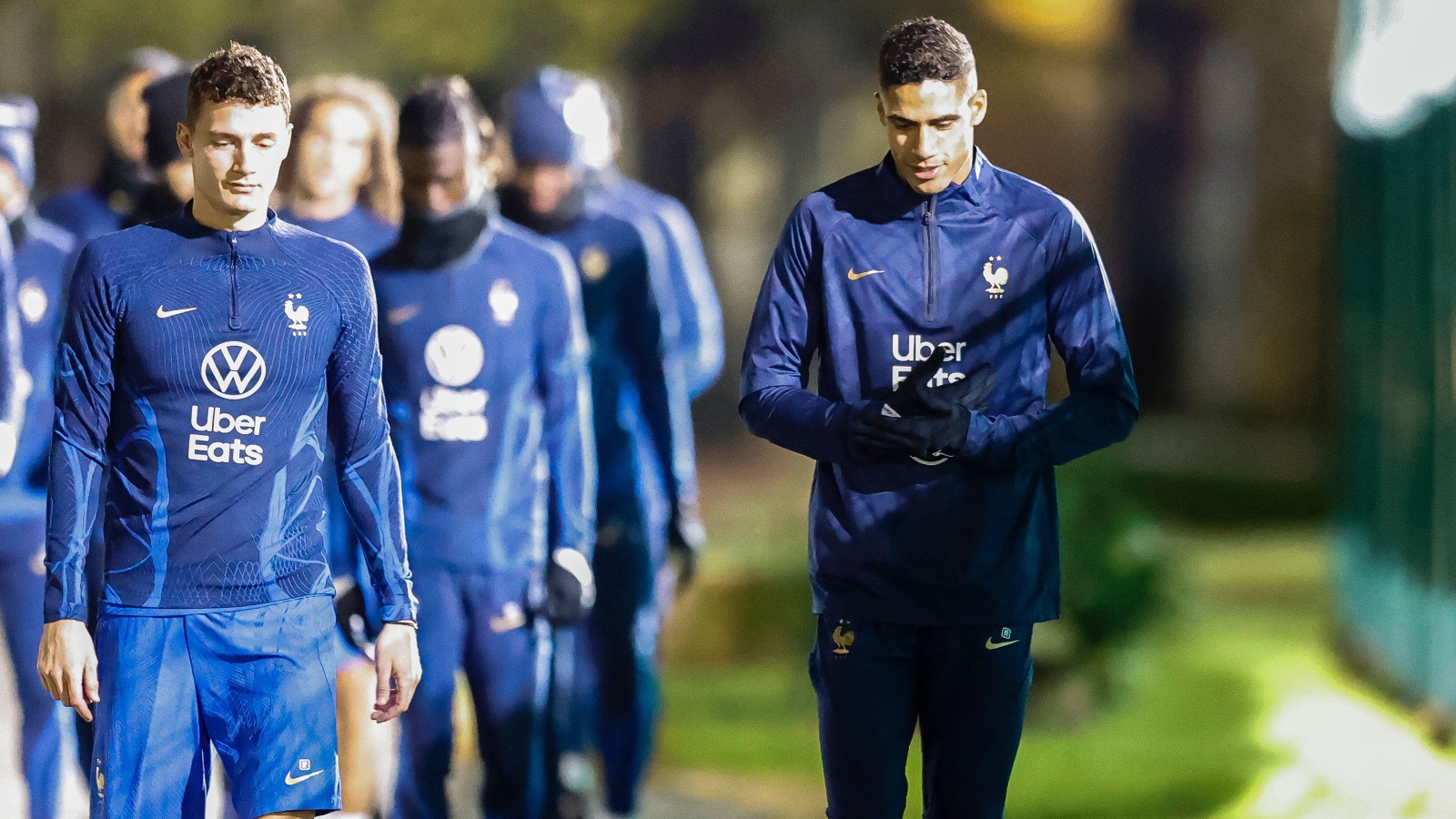 The experienced defender was injured playing for Manchester United on October 22.

Varane went down clutching his knee in a match against Chelsea in the Premier League.

Perhaps jumping to the conclusion that his 2022 World Cup dream was over, Varane struggled to hold back tears as he limped off.

It was initially unclear if he would recover in time to be picked in Didier Deschamps’ 26-man squad.

Varane failed to make his return for United before the World Cup break.

He was, however, selected by Deschamps as the France boss clearly deemed him fit enough to travel to Qatar.

Les Blues get their campaign underway against Australia on Tuesday as they look to kick off their title defence with a victory in Al-Wakrah.

They will be hoping to avoid the curse of the reigning champions in Qatar.

Varane played a crucial part in France’s triumph four years ago in Russia.

It was a pretty good year for the defender, who also won the Champions League with Real Madrid.

The 29-year-old has 12 World Cup appearances to his name and played every single minute for his country as they won the showpiece tournament in 2018.

Despite his incredible reputation and success for France and Madrid, Varane has not exactly hit the ground running for Manchester United, mainly due to injury.

France boss Deschamps has already been forced to send Christopher Nkunku home after he sustained an injury in training, and he will be hoping his decision to bring Varane to the Middle East is justified.

According to L’Equipe (via Sport Witness), the next 48 hours are crucial in determining whether or not the United centre-half can play against Australia.

Neither Varane or Ballon d’Or winner Karim Benzema were pictured in group activities during training this week, creating some worry in France.

However, the newspaper says this is a ‘simple delay’ and that their workload has ‘increased’ quite a bit.

Varane’s injury has stopped him from using his thigh to its full ability, though the exercises he has done feel fine, which has ‘validated an important step in the Frenchman’s return’.

The French squad will train on Friday and Saturday and Varane will need to take full part if he is to show he is ready to face the Socceroos.

It is ’48 decisive hours’ for the former Real Madrid man whose training performance is the only way he will be ‘seen as ready to be considered’ for the match on Tuesday.

Varane apparently feels good and if he makes it through either session with no problem, there will be ‘no doubt’ he will start against Australia.

Should the 29-year-old be unavailable, Arsenal’s William Saliba could be called upon.

The 21-year-old has started the season superbly after returning to north London in the summer following his incredible loan spell with Marseille in 2021-22.