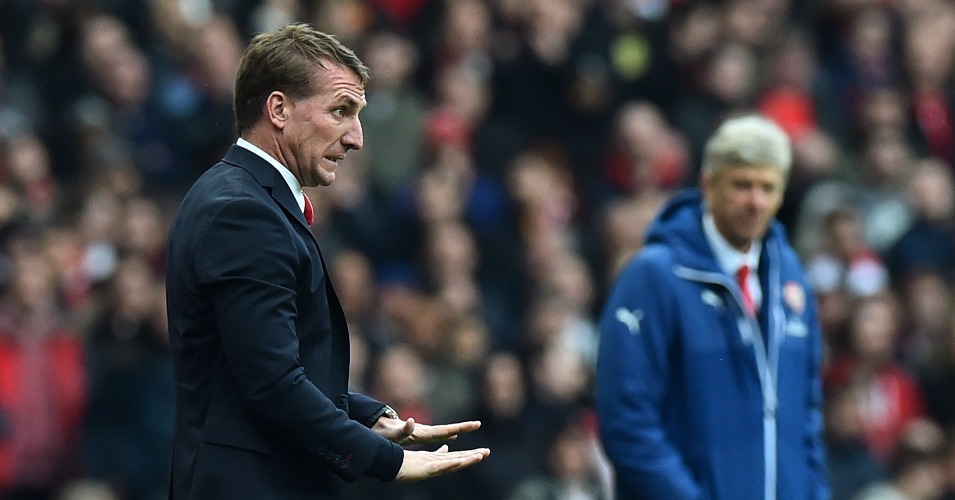 Arsenal will launch a review of Arsene Wenger’s position at the end of the season, with up to seven candidates in the frame to replace him.

Arsenal were beaten 3-0 by Manchester City in the Carabao Cup final on Sunday, with many believing that to be the final nail in Wenger’s managerial coffin.

The Gunners are sixth in the Premier League table, eight points behind Chelsea in fifth and eight points clear of Burnley in seventh. They are basically Everton from last season.

They are still in the Europa League, but face a difficult last-16 tie against AC Milan, with plenty of other impressive clubs still in the draw.

Tuesday morning brings us news that Arsenal are going to review his position at the end of the season, probably before giving him a two-year contract extension. Let’s take a look at what’s been said.

DAILY MAIL
Sami Mokbel writes that Wenger leaving in the summer is now a ‘genuine option’ for Arsenal. There is ‘growing support’ in the boardroom for him to go, although majority shareholder Stan Kroenke will still make the final decision. But the arrivals of Sven Mislintat, Raul Sanllehi and Huss Fahmy behind the scenes has ‘reduced Wenger’s control at the club’ already.

‘It is understood there is a feeling among Arsenal’s squad that Wenger is no longer the man to take the team forward. There is a growing fear the club will continue to fall behind while the Frenchman is at the helm,’ Mokbel writes. Oh dear.

DAILY MIRROR
Over to John Cross, who says the end-of-season review ‘represents the biggest threat to Wenger’s job in his 22-year reign’. Quite.

The chief football writer adds that Wenger ‘is determined not to quit and wants to see out the final year,’ but it will almost certainly not be his choice. Arsenal sources claim there will be an ‘adult conversation’, where his performance will be reviewed. Sounds like he might get dumped.

Cross, as with Mokbel in the Mail, adds that the presence of Stan Kroenke’s son Josh in north London is telling, and could be an indication of Arsenal’s thoughts.

‘The feeling from within is that they want a young manager to fit into the head coach role and to shake up the team and some under-performing players. That was brought into stark reality after the Wembley defeat on Sunday,’ Cross writes.

‘Some players complained that the intense training sessions at a time without a Premier League game in the build-up to the final left them drained.’

DAILY TELEGRAPH
And now to Jeremy Wilson and Matt Law, who say that Arsenal ‘regard all options as open’ when it comes to the future of their manager. What is certain is that ‘the club would feel much better equipped to move on without their 68-year-old manager’ than before.

Arsenal would prefer to ‘make a clean break’ with an eye on bringing Wenger back in some capacity down the line. Carlo Ancelotti is a possibility to replace him, but the club are thought to want someone ‘younger’ if Wenger does go.

Seven men are linked with replacing the Frenchman this time. Jardim, Low, Rodgers and Arteta are named again, but Ancelotti, Thierry Henry and Paulo Fonseca of Shakhtar Donetsk are all mentioned.