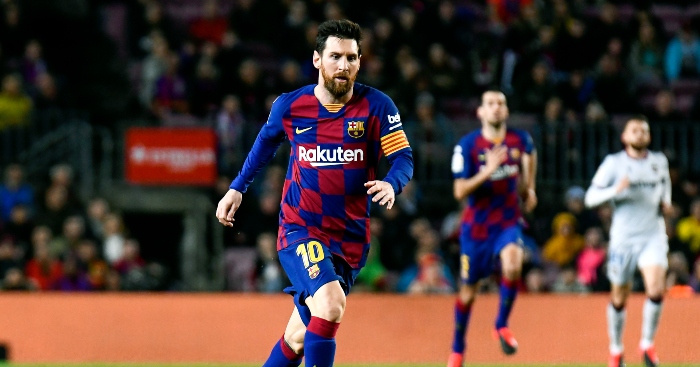 PSG players Neymar and Angel Di Maria have been in contact with Lionel Messi about a move to France, according to sources.

Messi is currently in the midst of a huge transfer debacle after he submitted a transfer request earlier this week.

The 33-year-old wants to leave Barcelona after seeing the club’s decline in the past few seasons.

They’ve now got an ageing squad and have fallen behind European rivals Real Madrid, Bayern Munich and PSG in the Champions League.

FEATURE: Italian job could suit Lionel Messi…but at what cost?

And now two important PSG players are trying to convince him to move to PSG, according to Marca (via Mirror).

Neymar and Di Maria are believed to have talked with the playmaker about a potential move to Paris.

They want Messi to finish his career in Ligue 1, which would help the club massively in their pursuit of Champions League glory.

The players might have a strong influence over Messi, too. Neymar and Messi are close friends following their spell at the Nou Camp together between 2013 and 2017.

Di Maria plays for Argentina with Messi and will also have a good relationship with the captain.

The news means PSG could emerge as strong rivals to Man City for the player’s signature.

City were thought to be the frontrunners thanks to Messi’s admiration for Pep Guardiola. However, PSG director Leonardo Araujo has admitted to holding talks with Barca chiefs.

Juventus are also looking at signing the player. A move to Turin would see Messi play alongside fellow legend Cristiano Ronaldo.

One stumbling bock for a summer transfer is Messi’s contract.

He believes he can leave for free this summer due to a clause in his contract. But the club thinks this has expired, meaning a buyer would have to pay over £600 million.