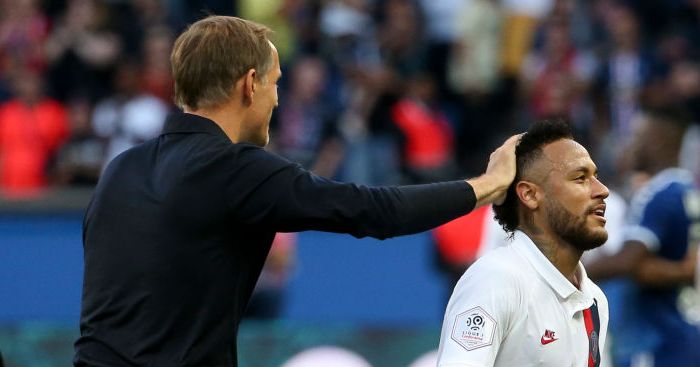 Neymar says he understands why he was booed by his own supporters – even after scoring a spectacular winner on his Paris St Germain return.

The Brazilian returned to the PSG side for the first time this season after his very public desire to move back to Barcelona over the summer eventually came to nothing.

Thomas Tuchel put Neymar straight back in the starting line-up after he scored for Brazil last week and he was booed by a noisy section of PSG fans throughout.

Jeers could even be heard after the world’s most expensive footballer prevented what had looked like being a goalless draw with Strasbourg by scoring an overhead kick in injury time.

Neymar said in quotes reported by L’Equipe: “We all know what happened (in the summer). I understand that it is very difficult for them (the fans).

“But from now on, I am a PSG player. If they want to whistle me, there is no problem. There are more than 25 players in the squad, you cannot focus on one.

“The other players do not deserve to be subjected to this. We have a team and we have to support the club, support Paris. When the crowd is behind the team, together we are stronger.”

Asked if he had a message for the fans, he said: “No, nothing. I just want to thank my team-mates for allowing me to score this goal.”