Home F365 Says Neymar, PSG and Barcelona can all reverse their mistake… 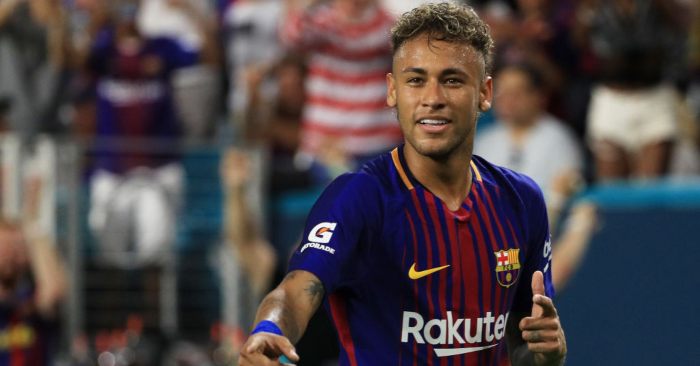 Certain transfers happen as a result of others – not necessarily directly, but one deal can change the landscape of the entire transfer market. Two years ago, Neymar stunned the world by leaving Barcelona for Paris Saint-Germain for around £200million, his buy-out clause at Camp Nou. Prior to that astonishing transfer, no player had cost more £100million and the ripple effect is still being felt now; perhaps it will never subside.

The bar had been raised and valuations of every player shifted as football readjusted to this brash new world. Of course, the Brazilian’s switch to Paris was not the only factor; the continued increase in revenue in the Premier League has given even the smaller clubs in that division the clout to outspend historic institutions from abroad, but it showed other giants of the game just how much they can charge for their stars. Barcelona did not want to lose the man they thought would pick up the mantle one day left by Lionel Messi, but despite his friendship with the Argentine, the lurk of his shadow was what drove him away. Impatient to win a Ballon d’Or, Neymar knew he needed to lead a team of his own.

While there can be no doubting the deal shook a Barcelona side whose longstanding arrogance and descent from their principles finally caught up with them, it hasn’t really worked out for Neymar either, or PSG for that matter. He has not helped them move any closer to winning the Champions League, while not only has he found out the hard way that French football is not glamorous or competitive enough to house the very best player in the world, but he isn’t even the likeliest PSG player to win any such accolade since the emergence of teammate Kylian Mbappe at the highest level. It isn’t a great surprise that a return to Catalunya is reportedly on the cards for the 27-year-old.

On the face of it, Neymar’s move to PSG seemed to fit – a stylish, ambitious club signing a new poster boy ready for all that pressure and expectation. The money didn’t matter; his position on the pitch didn’t matter; he had arrived and that was enough to take the club onto the next level. But the change in dynamic instantly jarred the dressing room with favouritism a supposed theme, and everything soon unravelled. The infamous on-pitch argument with Edinson Cavani, the club’s designated penalty taker, over who would take a spot-kick against Lyon in 2017 showed that – unlike at Barcelona where he gelled so well with Messi and Luis Suarez – Neymar was now intent on taking the limelight for himself. Did he believe he was too big for this club in this league?

Rather worryingly for PSG chief Nasser Al-Khelaifi, Mbappe has spoken about his future too, but by ruling out any potential sale of the Frenchman and suggesting he wants players who are committed to the cause, he has left the door open to a Neymar deal. When the likes of Barcelona and Real Madrid chase another club’s star man, often there will be speculation of a player swap involving those the buying club wants to sell anyway. Usually the seller – knowing the value of their asset – holds firm, yet for PSG, it may be worth being the exception to that trend.

There may be no truth in the rumours, but a deal worth £90million plus Ousmane Dembele, Ivan Rakitic and Samuel Umtiti has been mooted. If they were to go ahead with that deal, they would be gaining a ready-made replacement for the departing Adrien Rabiot in Rakitic and, in Dembele, a talented and malleable winger who has struggled to handle himself in Spain and perhaps understands the magnitude of PSG in France, having grown up in the country himself. Risk of a power struggle in the dressing room would be significantly reduced were he to arrive, because he simply does not have the marketing prowess of the man he would be replacing. He would flourish if trusted to play regularly on the biggest stage, especially alongside Mbappe. The same could be said for Philippe Coutinho, another player linked with a switch to Paris; after a heavily inflated switch from Liverpool 18 months ago, he has failed to shine, but would slot in well to the position Neymar would vacate on the left of an attacking three.

Everything would begin to fall into place for Neymar were he to return to Barcelona, too. Unlike at PSG, he would be at a club big enough to control his ego, while he clearly has the personality to handle the Camp Nou pressure cooker. His on-pitch antics since leaving have shown him to be the player many expected him to be when he made the original switch to Barcelona from Santos in 2013 – spoilt, demanding and arrogant. Alongside Suarez and Messi, though, he showed himself to be better as part of a team, as they all did. The irony of him leaving in search of more recognition is that he left behind everything that made him great.

In one sense, Neymar got what he wanted with his move two years ago – he changed the world overnight. But that change came only in terms of transfer fees and the gamble has backfired for him. Right now, a return may be one of those rare beasts – a transfer that suits everybody.