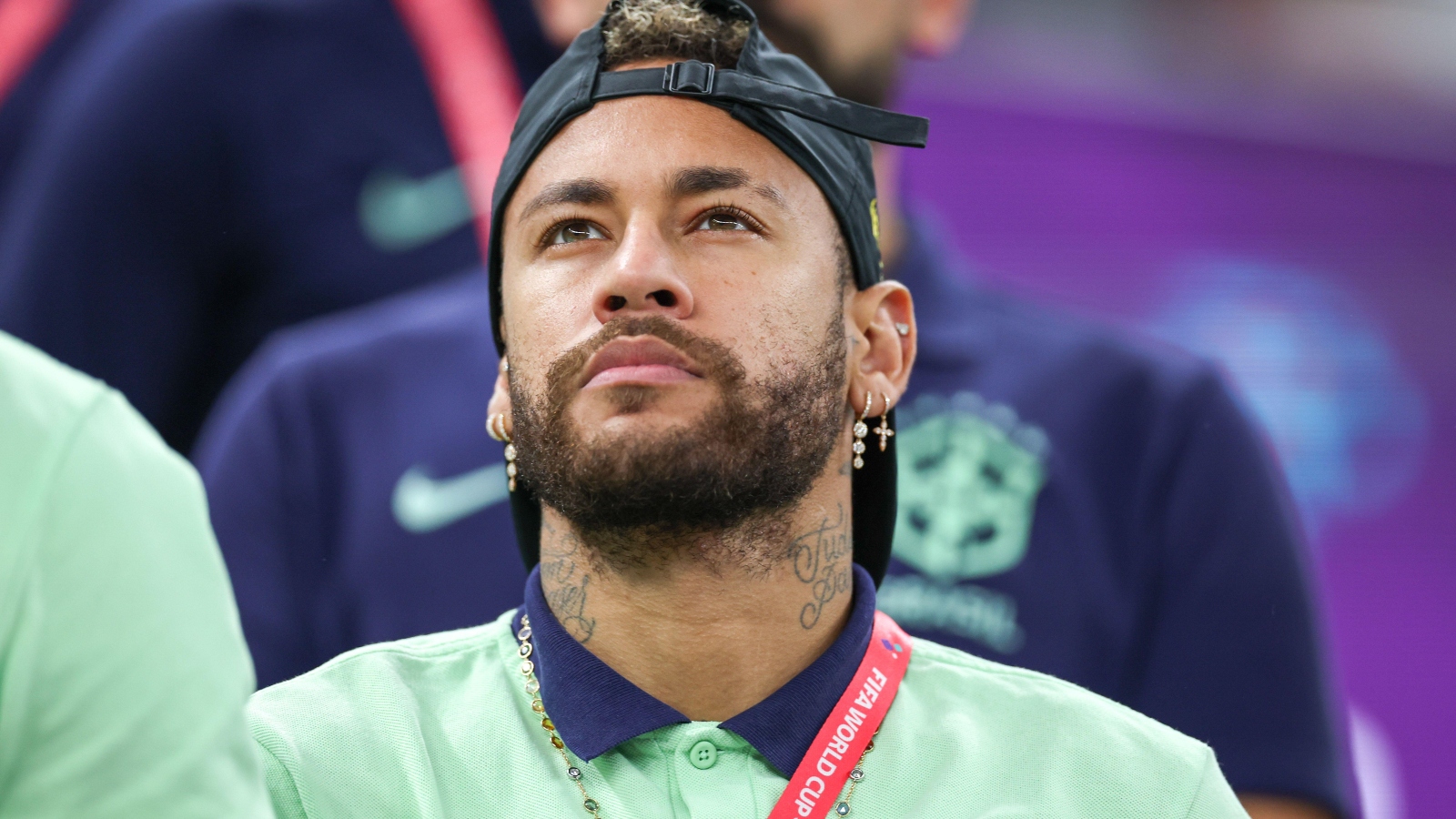 There is “a possibility” Neymar will be fit to face South Korea in the last 16 of the World Cup, however, he is yet to take part in a full training session since injuring his ankle.

The Brazil forward suffered an ankle injury in his side’s opening match in Qatar – a 2-0 victory over Serbia.

Tottenham’s Richarlison scored both goals that day – including a wonderful bicycle kick – as Selecao got off to a perfect start.

Neymar’s injury ruled him out of Brazil’s remaining group matches against Switzerland and Cameroon as they finished top of Group G.

This was despite a 1-0 defeat to Cameroon on matchday three after Tite made nine changes from the 1-0 win over the Swiss.

It was initially suggested that Neymar would be fit to play in the knockout stages after it was quickly established that his group stage campaign was over.

Defender Danilo and the Paris Saint-Germain star both suffered ankle injuries against Serbia, while Alex Sandro hurt his hip against Switzerland.

Alex Telles and Gabriel Jesus also complained after the Cameroon defeat and will be assessed on Saturday.

And Brazilian doctor Rodrigo Lasmar has provided an update on all five players.

He is unsure whether or not Neymar will be available against South Korea, with his availability hinging on how he reacts to working with the ball in a training session this weekend.

“Regarding Neymar and Alex Sandro, we think we have time on our hands and there is a possibility,” Lasmar said.

“Let’s wait what their transition will be – they have still not started to practice with the ball and it’s something they will do tomorrow. It will be important to see how they respond to this new style, so depending on that, we will make a call.

“Danilo has been evolving very positively and today he did intense work with the ball and has adapted functionally very positively. The expectation is tomorrow he will be able to train normally with all players.

“Let’s observe what happens and if everything is OK, we have very high expectations that he will be available for the next match.”

The Brazil doctor confirmed that Telles and Jesus will undergo tests on Saturday after picking up knocks against Cameroon.

Lasmar added: “Alex Telles came off complaining of pain in his right knee after trauma. He has been assessed in the changing room and tomorrow will do a magnetic resonance image to be able to assess his condition.

“Gabriel Jesus after the game complained of pain in his right knee and after clinical assessment, we have asked for an imaging exam tomorrow.”

Brazil face South Korea on Monday evening. The winner of that tie will face either Japan or Croatia in the quarter-finals.

READ NOW: Gone Home XI: The best team of players to be eliminated from the 2022 World Cup