Home All The News Neymar storms out after Real question: ‘For f***’s sake’ 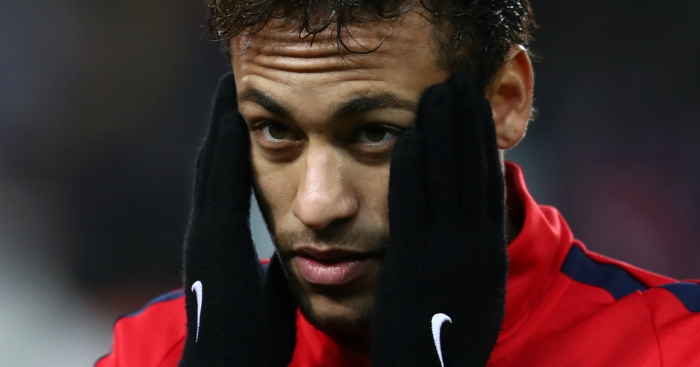 Neymar stormed out of an interview after being asked about speculation regarding a move to Real Madrid.

Neymar has been linked with a move to Real in recent weeks, with reports that the Brazilian is unhappy at Paris Saint-Germain.

The 25-year-old scored twice and assisted one goal in a 7-1 Champions League drubbing of Celtic on Wednesday, but was once again quizzed over the speculation.

“There you go again, remembering that day,” said the forward. “This is just going to go on and on, you’ll never stop.

“I’m happy with tonight’s game and getting a win and that’s the most important thing, independently of the result. The team imposed a strong rhythm right after scoring the first goal. We kept our head even after Celtic pulled a goal back.”

The final straw came when the Real rumours reared their head again, to which Neymar blasted: “For f**k’s sake, have you got nothing else to talk about?”