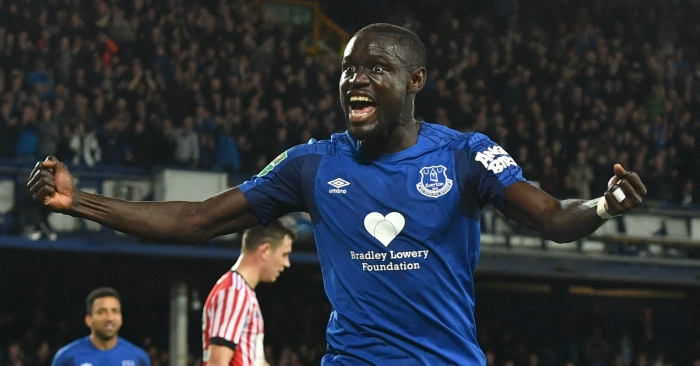 Oumar Niasse has dedicated his first goal in Everton colours to the supporters.

Niasse scored on his first appearance for the club this season in the Carabao Cup victory over Sunderland in midweek.

It was also the striker’s first goal for the club in eight games since joining in January 2016 for £13.5million.

After being frozen out of the first team by Ronald Koeman and sent out on loan to Hull last season, it felt as though the 27-year-old would never feature at Goodison Park again.

But he hopes this is the start of his return to the side after dedicating his goal to the fans.

“The fans made me feel very good, honestly,” he told The Everton Show. “They made me feel like the confidence was coming back and I was thinking I want to give back to them because of what they are giving to me.

“They gave me a great feeling when I went to warm up. I said to myself, ‘the only thing I can do is to try to put the ball in the net’. That was a special moment that they gave to me.

“It [the goal] was something I was waiting for and I think also they were waiting for that – for me to give them a goal. Like I said, it was a great feeling and very important for me.

“That’s good for Everton, for the team now and I think the best thing is to keep that and work hard all together, all the squad, the players, all together to try to bring the team back [on track], because we can do it.

“I have to keep working and look for the Premier League goals.

“We will see what happens there after but it is always good to have a goal, especially when the team wins – and we needed that win to bring the confidence back.”