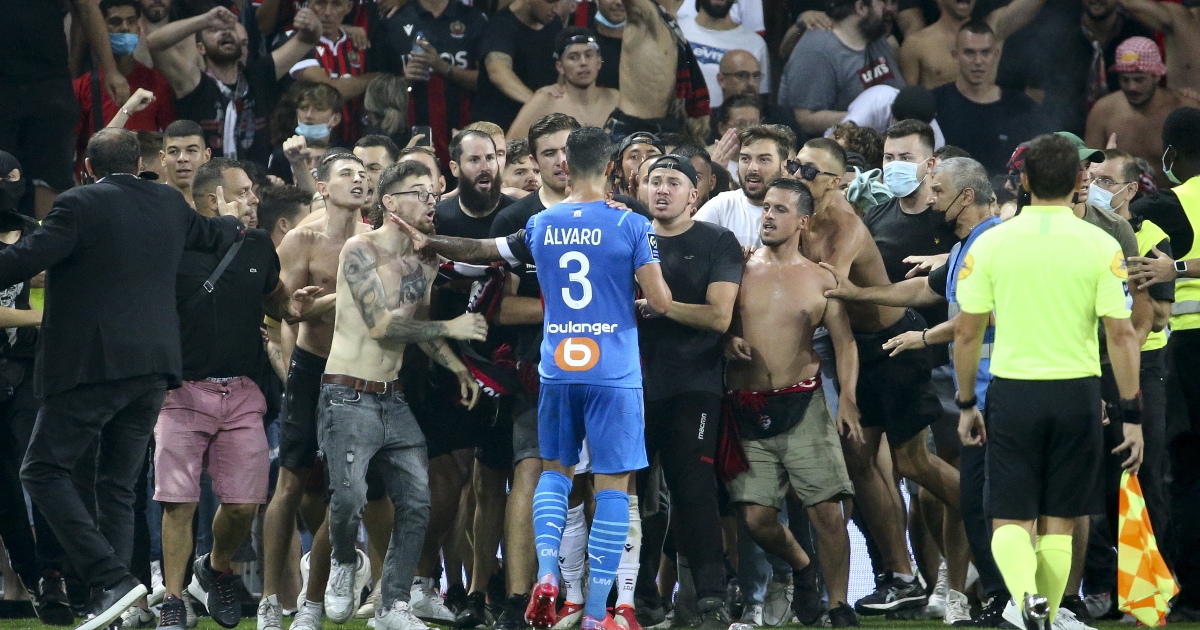 Nice and Marseille have been summoned to a disciplinary hearing on Wednesday after their Ligue 1 encounter on Sunday evening had to be abandoned due to crowd trouble, the French professional league (LFP) has said.

The match in Nice was called off after 75 minutes due to Marseille players clashing with home fans who stormed onto the pitch.

Midfielder Dimitri Payet was struck by a bottle by home supporters as he was about to take a corner and retaliated by hurling the bottle back into the crowd.

More missiles were thrown onto the pitch and a brawl ensued when Nice fans rushed onto the field.

“Those fans should clearly never have been allowed to get onto the pitch,” French sports minister Roxana Maracineanu told BFM TV.

“These incidents are an insult for sport and football.”

Nice fans have run on to the pitch during the OGC Nice-Marseille match. pic.twitter.com/SJPs4x9Whk

The trouble was also condemned by Christian Estrosi, the Mayor of Nice.

“This violence is unacceptable. Sanctions must be taken by the French football league once they have found out who was responsible,” said Estrosi.

Players from both sides retreated to the tunnel and play was held up before the referee abandoned the match. Nice players returned to the pitch shortly before the game was called off, but Marseille players refused to follow suit.

Nice president Jean-Pierre Rivere appealed to the fans over the stadium’s public address system during the delay but was not able to stop the brawl.

Rivere pointed blame to Payet and teammate Alvaro Gonzalez for their retaliation and also accused some Marseille staff of hitting Nice players.

Benoit Payan – the mayor for the city of Marseille – backed his club’s decision not to resume the match.

“Proud of my team for not being prepared to take part in this masquerade,” Payan wrote on Twitter.

The Hammers have been interested in signing the 26-year-old all summer and have now agreed to meet the Blues’ £25.8million asking price, according to The Athletic.

However, Zouma’s wage demands could prevent the Londoners from signing him.