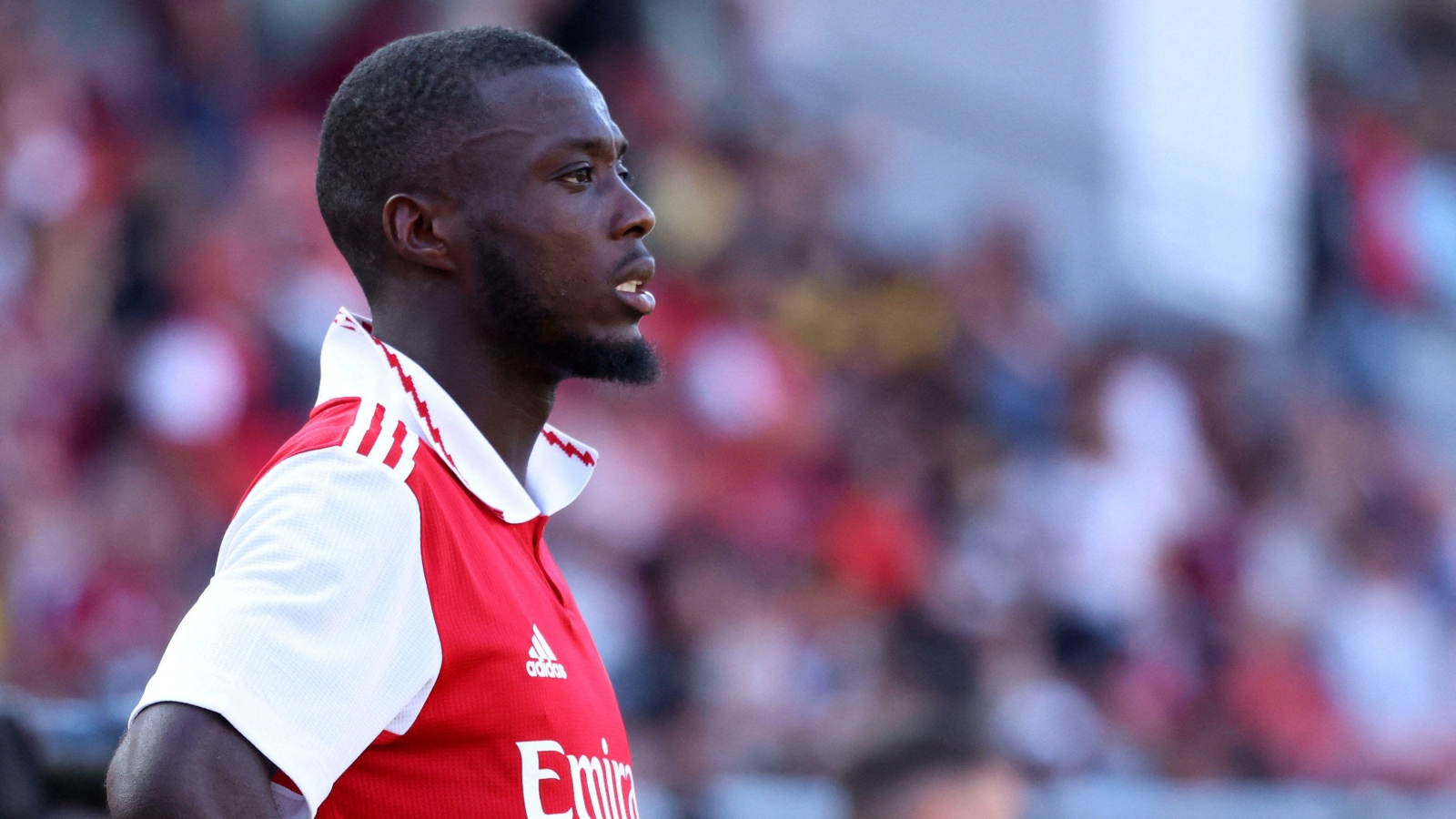 According to reports, Nice have made a bid to sign Blackburn Rovers forward Ben Brereton Diaz and are keen on signing Arsenal’s Nicolas Pepe on loan.

Brereton Diaz has impressed for Blackburn ever since he added his Chilean heritage to his name and game.

What did Darwin Nunez do to get a red card? He turned around too quickly, the daft sod

He has found the back of the net four times in 14 games for Chile after the South American country recruited him last year.

In 2021/22, the 23-year-old scored 22 goals in 37 Championship encounters with Rovers in the promotion mix before he suffered a serious ankle injury.

Brereton Diaz has started the new season on a positive note, scoring twice and assisting once with his side top of the table after three games.

The Chilean attacker is out of contract next summer so Blackburn could opt to cash in on him if they receive a suitable offer.

With a top-six finish the goal for Jon Dahl Tomasson and his players, Rovers will clearly hope Brereton Diaz stays.

It has been a quiet summer transfer window in regards to rumours linking the player with a move, however, Fabrizio Romano has revealed a Ligue 1 club have tabled an official opening offer to sign him.

Nice have ‘opened talks’ with the Championship side by offering €10million to sign Brereton Diaz.

Romano wrote on Twitter: “OGC Nice have submitted an opening proposal for Ben Brereton Díaz. Bid worth 10m to open talks with Blackburn.

“No updates on Edinson Cavani as his priority is La Liga since February – talks now on for Brereton Diaz.”

Brereton Diaz is not the only player Nice have reportedly expressed an interest in this week.

According to French outlet Foot Mercato, the Ligue 1 side are interested in signing Arsenal outcast Pepe on a season-long loan.

The Ivorian winger has struggled in the Premier League since becoming the Gunners’ record signing in 2019.

Arsenal paid £72m to sign Pepe from Lille, but he has fallen down the pecking order under Mikel Arteta, with the Spanish manager preferring Bukayo Saka, Gabriel Martinelli and Emile Smith Rowe.

Last season was also a struggle for the 27-year-old, who only started five league matches and failed to make an impact in the 15 matches he came on the pitch as a substitute.

Arsenal have been open to selling or loaning the former Lille winger all summer but Arteta did utilise him in pre-season as he is aware that Pepe may well remain at the club.

With no teams coming forward to sign the Ivory Coast international, Foot Mercato journalist Santi Aouna has claimed that Nice are keen on Pepe, and Pepe is keen on Nice.

There does not appear to be much interest in a permanent deal for the player, though you would expect Arsenal to be more than willing to let him leave on a temporary basis.

With Pepe ‘destined’ to be nothing more than a substitute at the Emirates this season, barring the early-season Europa League fixtures, he is ‘interested in the idea’ of a Ligue 1 renaissance.

In the 27-year-old’s final season in France he scored an impressive 22 goals and provided 11 league assists.