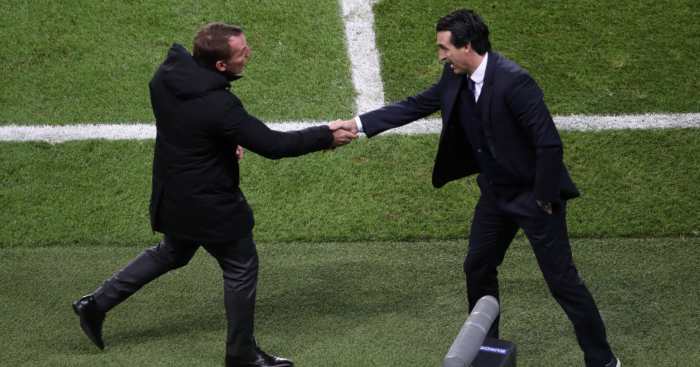 Charlie Nicholas thinks Arsenal have to replace Unai Emery with Leicester City boss Brendan Rodgers if “they are really serious” about moving the club forward.

Emery was sacked on Friday morning after their 2-1 loss at home to Eintracht Frankfurt on Thursday that took their winless run in all competitions to seven.

When asked who is up for the rebuilding job at Arsenal, Nicholas told Sky Sports News: “Nuno [Espirito Santo] has been paraded as the favourite. I quite like him, he’s a tough nut, he’s got a style and a principal within him and I think some of these Arsenal lads need a shake-up.

“I don’t mind that and I can get people throwing [Mauricio] Pochettino’s hat into the ring and [Max] Allegri.

“And not just because you can see that at Leicester currently. People used to say to me ‘yeah he has won trophies at Celtic and it’s easy’. Of course it was easy but he did it with a style and he took a few hammerings in Europe because he has a style.

“Can anyone point the finger at Leicester right now and say he’s not improved just about every player there? It’s what he does. People talk about egos, I don’t care, he’s earned the right to have a big ego.

“And he’s earned the right for me to be the next Arsenal manager before we miss out on him. And we might even get to a stage where Brendan Rodgers says ‘why would I really want to go to Arsenal?’