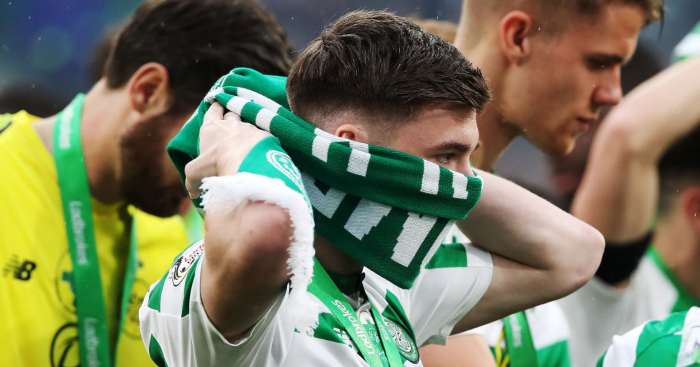 Charlie Nicholas was surprised to see that Arsenal were the only Premier League club ti bid for Celtic full-back Kieran Tierney.

A £25m deal is set to go through on deadline day, according to BBC Sport journalist David Ornstein, as the Scotland international heads to north London for a medical.

And Gunners legend Nicholas can’t understand why a team like Manchester United didn’t make an offer to bring the left-back to Old Trafford.

“Kieran Tierney should be asking himself if this is the right time to join Arsenal,” Nicholas told the Daily Express.

“I just don’t see how a left-back is a priority for my old club. Arsenal need a centre-back or even two before they should even be considering a full-back.

“Arsenal are a top-six side but they are probably short of the top four. If Tierney goes to the Emirates it will be far from ideal for him with the quality of the other Arsenal defenders.

“Tierney will need time to settle and adjust himself but it remains to be seen who he would have around him.

“Outside of that all they have is a lot of promising kids. My disappointment for Tierney is that Arsenal are the only big Premier League club that has shown an interest.

“I’m surprised Manchester United haven’t come in, because he is a better player than Luke Shaw.”