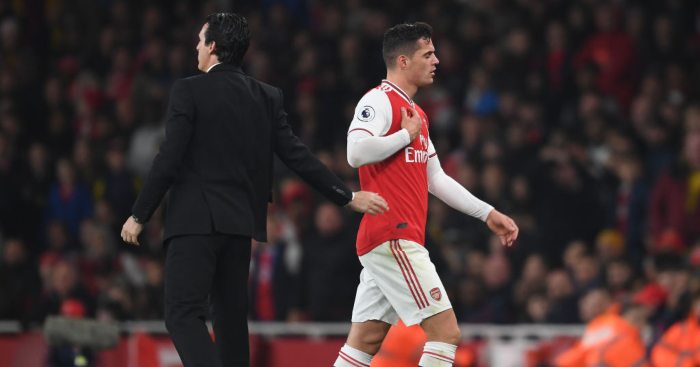 Arsenal legend Charlie Nicholas doubts Granit Xhaka will ever play for the club again despite releasing a statement explaining his outburst at fans.

Despite that, Nicholas has called Xhaka “part of the problem” at Arsenal and thinks it will be a long way back to the starting XI for the midfielder.

“We don’t actually know if he’ll ever play again. I genuinely don’t see it,” Nicholas told Sky Sports. “If he’s still angry and still upset by the fans and the situation, I can only think that would eat away at him and make him think maybe it’s time to move on.

“He’s been at the club for a few years, it’s not been the most successful period. There’s been stress and strain. At the moment he’s part of the problem so I don’t think there’s any chance of him playing.

“If anything he could play in the next Europa League game. But I can’t see him being that interested in playing with the way he feels at the moment.”