Home All The News Butt: Academy will be a success when Man Utd win titles 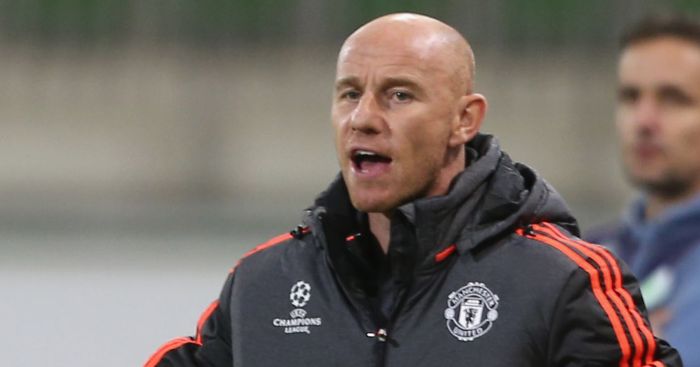 Nicky Butt is excited by the talent coming through Manchester United’s youth system – but he will not rest until academy graduates are helping make the club perennial winners again.

A member of the Class of 92, the former midfielder is playing a key role in helping the current crop make that leap from the youth ranks to the senior side at Old Trafford.

Butt was promoted from head of academy to head of first-team development in the summer and has already overseen plenty of homegrown talent linking up with Ole Gunnar Solskjaer’s side.

Yet that is not enough for the former England international, who knows the heights United should be scaling having been a key part of many of Sir Alex Ferguson’s successes.

“I think you can judge me and the people who develop for the first team in hopefully two or three years when we’re challenging for titles,” he told the PA news agency.

“If you’re challenging for titles and getting players in the first team, that’s when you know you’re doing an unbelievable job.

“We’ve got some great kids coming into the first team now that are doing very well.

“But I think the peak of the mountain in my job is when Man United are where they should be – and will be again – and we’re still getting players into the first team. That’s when you can say we’re doing a really, really good job.

“But me, Neil Ryan (Under-18 coach) and Neil Wood (Under-23 coach) and the support staff around that, when we’re getting players into the first team and we’re winning titles and getting to the later stages of the Champions League, then we’re doing an unbelievable job.”