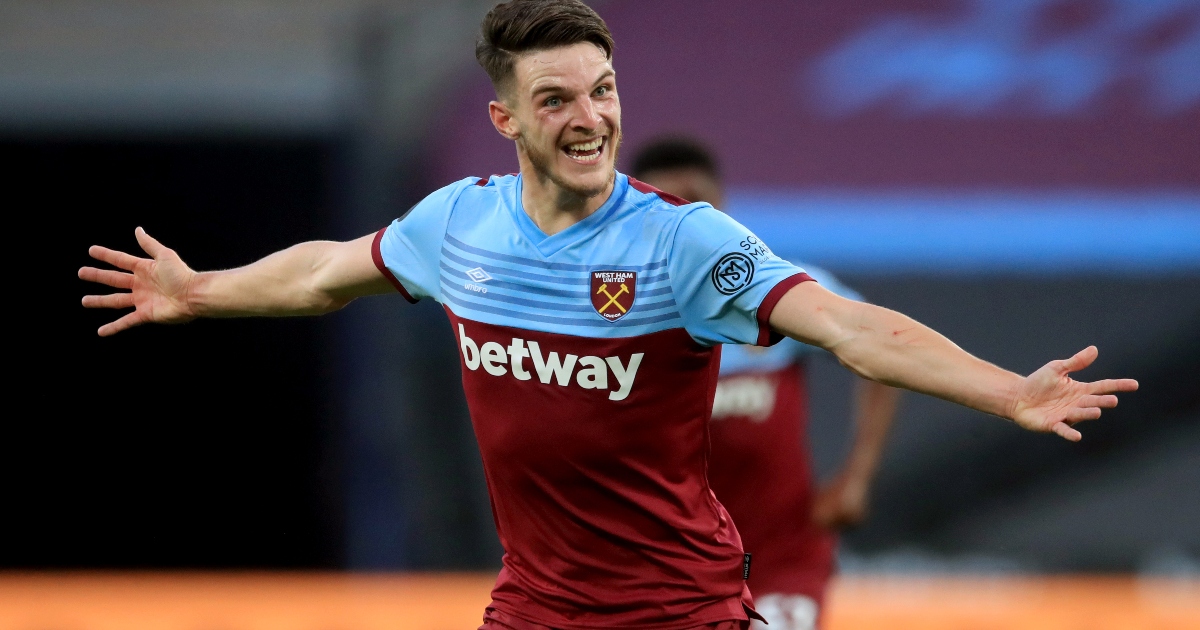 Manchester United legend Nicky Butt has advised against the club signing Declan Rice, instead urging them to prioritise the pursuit of Raphael Varane.

Butt, who made 270 Premier League appearances for United, feels Ole Gunnar Solskjaer is already well-stocked in midfield, and has questioned whether Rice is an upgrade on Scott McTominay.

Varane, on the other hand, would address the urgent issues at centre-half, with United having conceded the most goals out of any top-four side last season.

FEATURE: Six available European coaches yet to turn down Spurs…

The Frenchman is as decorated as they come, having won three La Liga titles and four Champions Leagues in his decade-long spell at Real Madrid.

His time in the Spanish capital appears to be nearing an end, however, with his contract due to expire next summer.

Real have tried to tempt him with a new deal but he is yet to accept, leaving them with little choice but to cash in on him while they can. Reports have suggested he could be available for a cut-price fee of £40million.

That has alerted a number of clubs, including United, with a new centre-back thought to be a priority of Solskjaer’s.

Butt thinks Varane would be a fantastic addition to the side, but has branded the club’s supposed plans to also pursue Rice as unnecessary.

Speaking to Ladbrokes at the launch of their European Championships 5-a-side Bet, the former midfielder said: “It’s about getting the right players who will allow you to challenge for trophies. It’s a winning club, so we can’t go this long without silverware.

“It has to be someone that’s going to be compatible with Maguire. If you spend the kind of money you did on Harry Maguire, you then have to follow it up by bringing someone in who can play with him.

“I think we bought him when he was 32, and we went and won the treble with him. If Varane is available, then I’d go all out for him.

“I think Man United are solid enough in midfield. I keep hearing things about Declan Rice, but is he a better player than Scott McTominay? I’m not sure.

“I think with McTominay, Paul Pogba and obviously Bruno Fernandes, we’re in a good place in the middle of the park.”