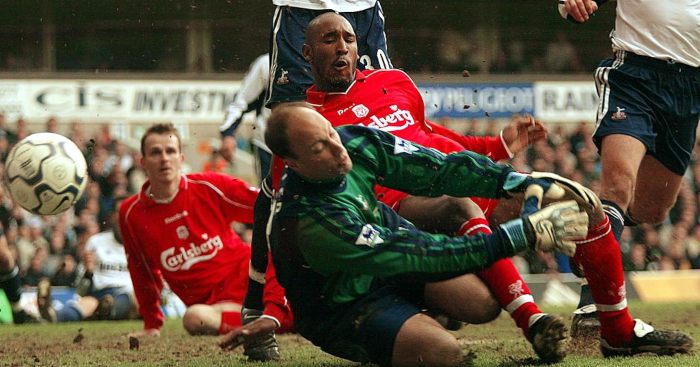 Anelka played for some of the biggest clubs in world football, including Real Madrid, Paris Saint-Germain and Liverpool, racking up 665 appearances in all competitions throughout his career.

The Frenchman has played under some of the game’s great managers like Carlo Ancelotti, Guus Hiddink and Vincente del Bosque but Anelka has named Allardyce and former Arsenal boss Wenger as his two best bosses.

“For me, I take into consideration football, attitude, my understanding with the coach, mentality and how he used me on the field and because of this there is only two names: Big Sam and Arsene Wenger,” Anelka told Bolton’s official website. “They knew how to use my qualities to get the best out of me.”

Speaking about his time working under Allardyce, Anelka added:  “I loved it. I loved everything about him! The game preparation, the games, the football style, his coaching, and the relationship he had with the players, his way to think about modern football using recovery more than anything else.”

Anelka continued: “For me, we had the best game preparation at Bolton and Chelsea based on recovery before and after the game. We had lots of massages, ice baths and hot baths and I could feel the difference. We were ready to fight.

“Big Sam’s training sessions were very light but intense. He made sure we had fresh legs for the games and that we were ready to give everything and mostly be ready to fight because every game was a war.”