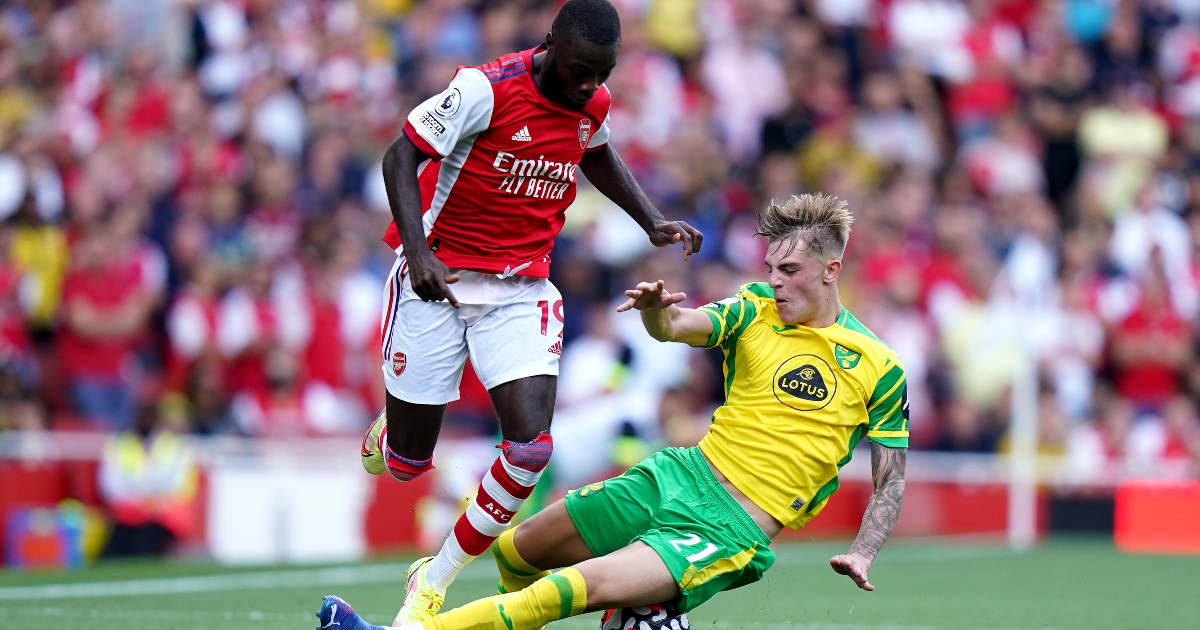 Nicolas Pepe has quickly deleted an Instagram post in which he joked “we are staying up” after Arsenal’s 1-0 win over Norwich on Saturday.

A Pierre-Emerick Aubameyang tap-in helped the Gunners to their first win of the season but mocking chants could be heard around the ground, with many poking fun at Arsenal’s lowly league position.

Pepe appeared to echo the sentiment in his Instagram post but it was removed shortly after the Ivorian uploaded it, presumably following advice from his entourage.

The message from Aubameyang post-match was much more sincere, with the Gunners captain having held ‘crisis talks’ with the squad following the 5-0 defeat to Manchester City.

“For some people it’s only 3 points – for us it means a bit more,” he said on Instagram. “When we loose as players we are the first to be sad and touched inside.

“We are human beings which is why you can now see the happiness in the pictures – and now we need to keep going and keep this happiness  thanks to all the fans today, you gave us the extra push!”

Mikel Arteta, meanwhile, has hailed the past fortnight as the best of his career after observing the resilience of his players and staff.