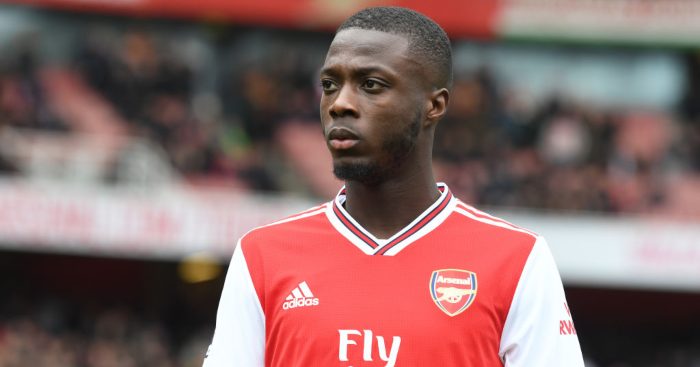 Nicolas Pepe admits he is not happy with his lack of game time for Arsenal under Mikel Arteta.

The winger has featured in seven of Arsenal’s eight Premier League games this season, but has started just one.

The Gunners’ record £72million transfer struggled under Unai Emery and has failed to make a siginificant impression under Arteta, admitting he is unhappy to be spending so much time on the bench.

“My goal is to play more. Have a little more playing time,” Pepe told Canal Plus.

“A player who plays is happy. For me, I would like to play a little more to find a smile again. He [Arteta] wants me to be 100 per cent focused during the 90 minutes of the match. Afterwards, I see during training that I will be a substitute the following weekend.

“But the coach speaks to me, he also has assistants who are there for that. But it is frustrating for any player to be on the bench.”