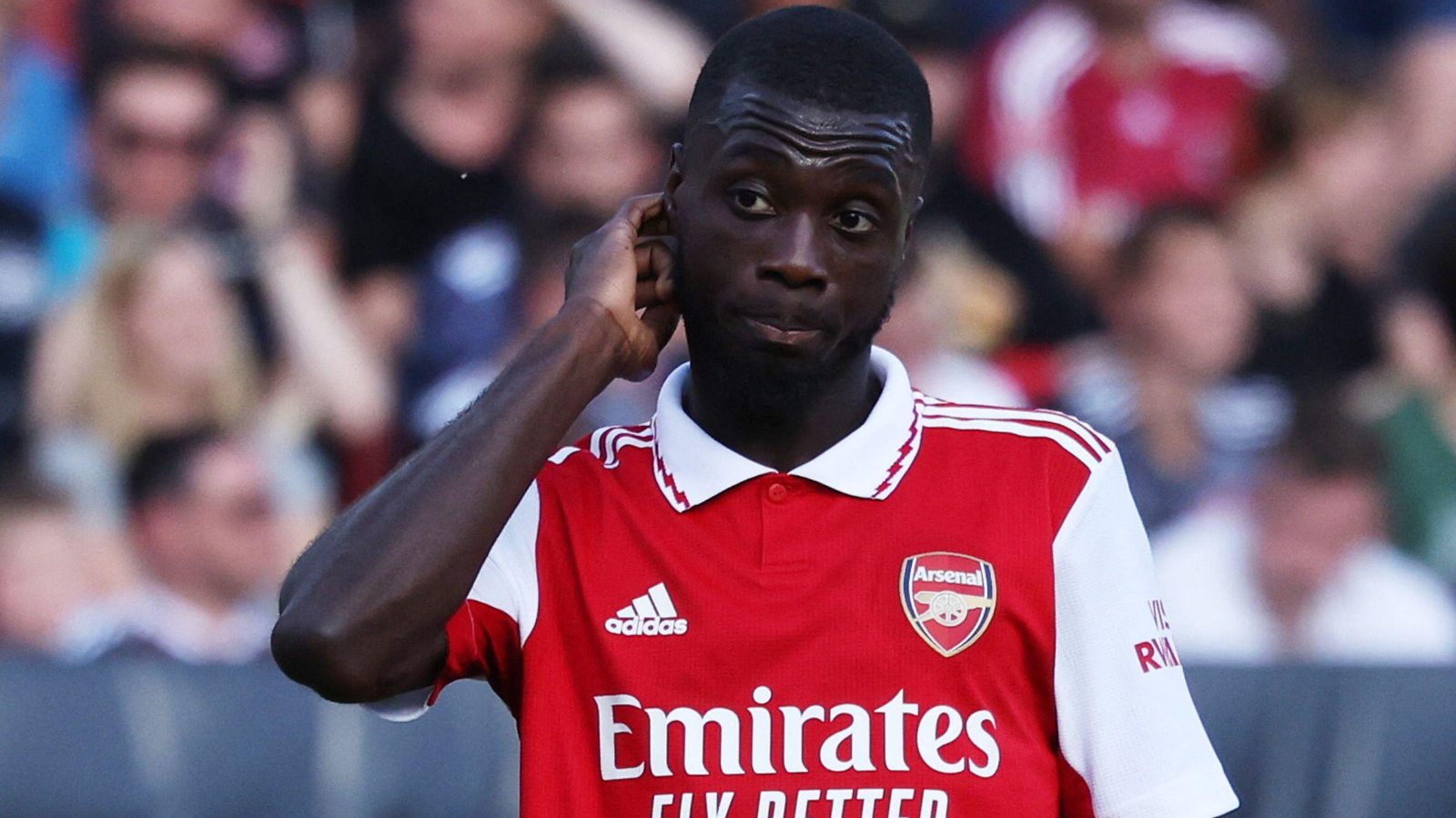 Arsenal already have a starting XI that leaves Nicolas Pepe in the cold. Him and Newcastle could be a perfect match.

Pre-season is supposed to be a time for experimentation, with results meaning little and starting XIs meaning even less. But Arsenal are having no truck with such traditions and have instead utterly nailed down their starting XI in convincing wins over Chelsea and Sevilla that leave it inconceivable that the same team will not start against Crystal Palace on Friday night.

There has been some nonsense talk of defensive conundrums – of two simply not being divisible by three – but the solution has been to move Ben White to right-back to make room for William Saliba, who was a weapon against Mikel Arteta but might yet become his Arsenal legacy.

There has been understandable concern about a staid Arsenal central midfield but Oleksandr Zinchenko has arrived with all his knowledge of the hybrid full-back/midfield role that has helped fuel years of Manchester City success.

Even when not playing in midfield, he can strengthen that midfield.

In contrast, there has been little to no concern about the Gunners’ front four, with Bukayo Saka, Martin Odegaard, Gabriel Martinelli and Gabriel Jesus already established as a potentially lethal combination.

But all this curious stability and un-Arsenal-like certainty inevitably leaves some players on the outside looking in, and one of those players is Nicolas Pepe. He has a close-to-zero chance of starting at Selhurst Park.

This time last year, Arsenal were enduring a poor pre-season which segued into a horrific start to the campaign, with Pepe right and central to that poor start.

He began that opening, disastrous defeat to Brentford alongside Folarin Balogun in a right-sided partnership with Calum Chambers that did not even survive into the second week of the season.

Nine months after starting four of Arsenal’s first five Premier League games, he played barely 50 minutes in their final five. Arsenal had moved on from Pepe.

While there are those who fit snugly into the role of an Arsenal impact substitute and Europa League starter – Eddie Nketiah chief among them – that list should not include a 27-year-old record signing who scored ten Premier League goals two seasons ago.

And while it’s understandable that he should resist the possible relegation battles at Leeds and Southampton, there remains a tantalising opportunity that could suit all parties.

The one transfer trick missing from Newcastle’s rather too sensible armoury since the takeover is the capture of a Big Six reserve, surely a staple of the genre.

They can offer at least the illusion of this not being a step down for Pepe, while for Arsenal they can offer a reduction in wage bill and a sizeable transfer fee either now or in 12 months. It’s a move that suits all parties.

While Arsenal have outgrown Pepe, that is as much about tactics as talent; at a different club with perhaps simpler tactics, the Ivory Coast international could thrive. Certainly, his statistics stack up well against anybody Newcastle currently have on their flanks.

For all the talk of Pepe being an Arsenal flop – and we are guilty of that over-simplification – only Pierre-Emerick Aubameyang and Alexandre Lacazette have scored more goals for Arteta’s Gunners.

Contrast that with a Newcastle squad without a single player in double scoring figures in all competitions last season and you can certainly see the attraction for Eddie Howe.

There should be no shortage of attraction for Pepe either. He has spoken at length about a successful transition to the physicality of the Premier League. What better place to showcase that than with a club who would love to take Arsenal’s place at the top table?