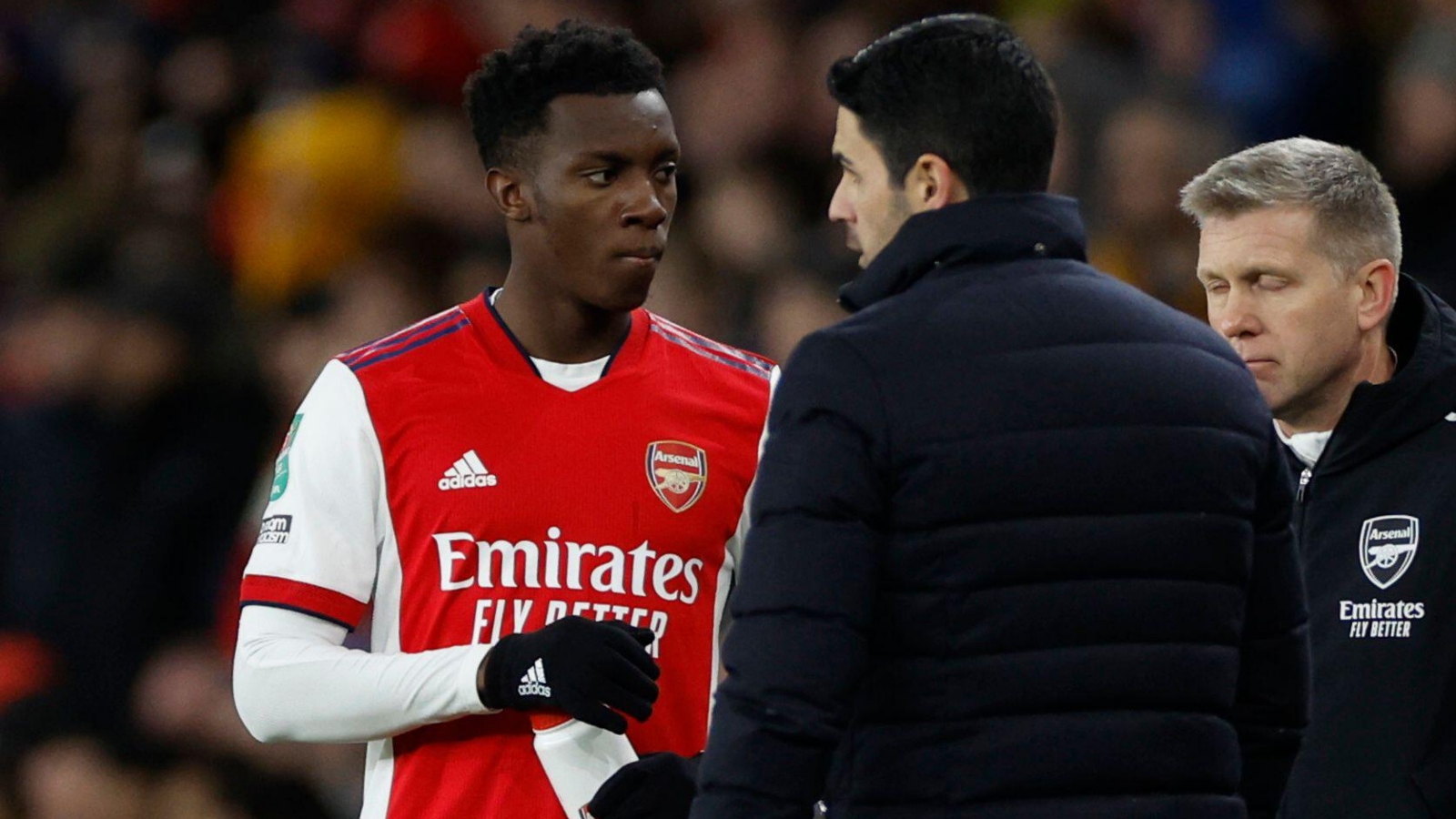 Eddie Nketiah has emphasised Mikel Arteta’s influence in his decision to reject offers elsewhere and sign a new Arsenal contract.

The 23-year-old’s contract was set to expire this summer but he recently penned a five-year deal to extend his Gunners stay.

Concern over Mane’s motivation for Liverpool exit, and a view from Rwanda on Arsenal link…

Nketiah struggled for game time last season and was mostly limited to appearances in the Carabao Cup or off the bench in the Premier League.

However, after Pierre Emerick-Aubameyang was ousted by Arteta and eventually sold to Barcelona, opportunities arose with Alexandre Lacazette struggling in front of goal.

The Spanish manager was not shy in making it known he was eager for the young Englishman to extend his contract, and the player has now revealed the influence his boss had in making him stay.

“Everyone knows how much I love Arsenal,” Nketiah told The Telegraph. “I have come through the academy, I have the attachment with the club. The manager was very supportive and pushed a lot for me to stay. Once I had those kinds of assurances, and no doubts that I will get opportunities to play next season, it was almost impossible for me to leave.

“That run [of matches] really helped me. It gave me the feeling I always wanted, that I have craved. That feeling of playing well, doing well, scoring. It helped me with my decision and made it a lot clearer. Experiencing that with my family, we knew this is the place to be. There is nothing quite like doing well for the club you support and love.”

“I joined the club at the age of 14,” he said. “I wore 14 on loan at Leeds, and I even lived at No. 14 at one point. When the opportunity came up to take it, it was hard to say no. I know what it means to the club and the fans. It’s a nice feeling, an iconic number.”

“We know it is a special shirt and Thierry has made it cool to wear this shirt, just like he did with long socks and gloves.

“It is what we have grown up with. But I am just trying to be the best version of myself. I’m focused on creating my own memories in that shirt, leaving my own stamp on it.

“You still have to deliver. There is always going to be pressure, whether you are wearing number 30, or 14, or whatever, because that is what comes with playing for Arsenal.”

The Gunners are close to finalising the signing of Manchester City forward Gabriel Jesus, and Nketiah admits that he understands the club are “always looking for ways to strengthen”.

“Every team needs a squad to compete,” he added. “The club is always looking for ways to strengthen. They have extended my deal and they have done so for a reason. Whoever comes in, you relish the challenge. You make them feel welcome, and then you fight and compete.”