Home All The News Nkoudou set for Spurs medical, but Njie could stay 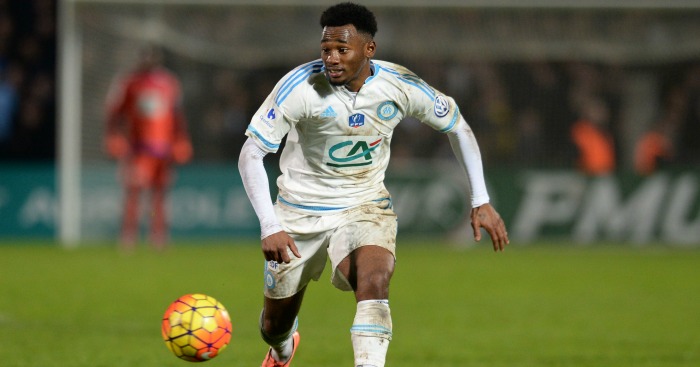 Marseille winger Georges-Kevin Nkoudou is set to undergo a medical at Tottenham but Clinton Njie is not keen on a loan move in the other direction.

It is understood Spurs have agreed a £10.9million deal for Nkoudou, who was one of the rising stars in Ligue 1 last season.

Marseille’s attempt to take Njie on loan is independent of the Nkoudou transfer, but the French club have indicated they will not allow their man to leave until a suitable replacement is found.

That has left Tottenham in an awkward position given they had planned to keep Njie but manager Mauricio Pochettino is desperate to integrate new signings as early as possible this summer.

Pochettino wants his players to complete a full pre-season programme, which he considers crucial to the team’s style of play.

Njie, however, is eager to prove himself in the Premier League after only moving to White Hart Lane from Lyon 11 months ago, with his debut campaign in England heavily disrupted by injury.

The Cameroon forward made 13 appearances for Spurs until December, when a knee injury curtailed his progress and meant he played only one game for his club in 2016.

If Marseille can persuade Njie to change his mind or identify an alternative replacement, the transfer of 21-year-old Nkoudou could be finalised this week.

Nkoudou, who can play on either flank, scored 10 goals in 36 appearances last term and is known for his pace, penetration and excellent work ethic.

He would become Tottenham’s third signing of the summer, following Victor Wanyama and Vincent Janssen, and take the club’s spending in this transfer window to almost £40million.

Meanwhile, Press Association Sport understands Spurs have no plans to give striker Harry Kane any extra time off ahead of the new season.

Kane has endured a demanding 12 months, representing England Under-21s at the European Championships last summer, playing 50 games for his club and culminating in a miserable campaign at Euro 2016.

The 22-year-old, however, will not be offered any preferential treatment and will start pre-season at the same time as Tottenham’s other returning England players.