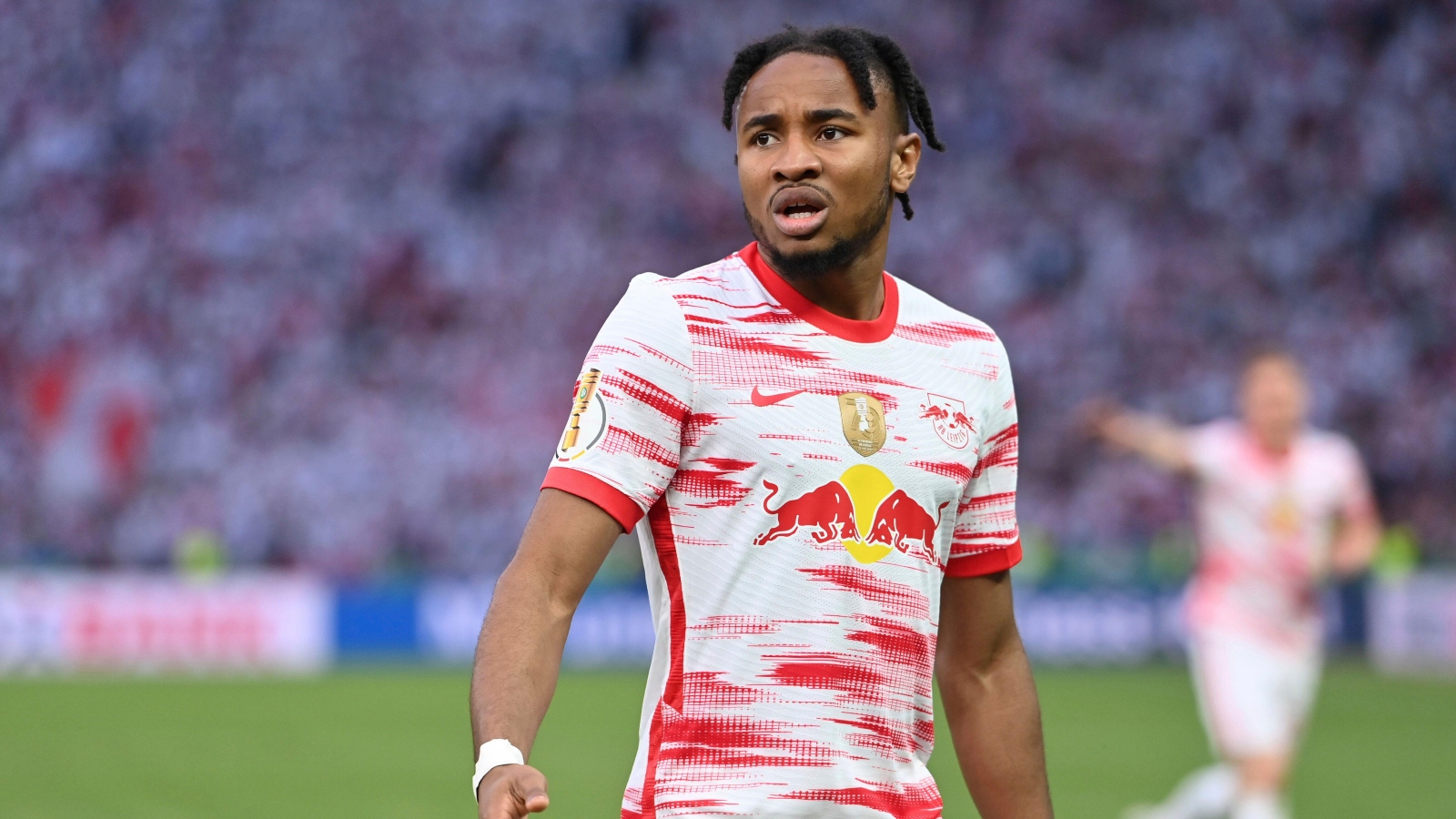 RB Leipzig forward Christopher Nkunku has admitted that Paris is his “home” amid rumours linking him with a move to the Premier League.

The Frenchman joined Paris Saint-Germain as a youngster and went on to make his first-team debut at the age of 18, coming off the bench in a Champions League tie against Shakhtar Donetsk in December 2015.

The 24-year-old had a stellar debut season in Germany, notching an impressive 15 assists in 32 league matches before scoring six and assisting seven in 2020/21.

Nkunku elevated his game to another level this season, scoring 35 goals and providing 20 assists in 51 matches across all competitions. He scored in the DFB-Pokal final as his side won 5-3 on penalties.

The France international is valued at £58.5m, according to Transfermarkt, and is out of contract in 2024.

Christopher Nkunku caps off his incredible season by winning the DFB-Pokal 🏆 pic.twitter.com/6O6s2ybPaD

With the Premier League’s elite circling, Nkunku has dropped a huge hint about his future, saying that his “heart club” is his boyhood team, PSG.

“Paris, I’ve always said it, it’s my home, my heart club,” said Nkunku (quotes via Manchester Evening News). “I don’t close any doors. Everything is possible in football.

Former Leipzig boss Ralf Rangnick was reportedly eager to bring Nkunku to Manchester United having joined as interim manager with the plan to take up a consultancy role this summer.

However, United confirmed on Sunday that Rangnick will not stay at the club as a consultant as he prioritises his role as manager of the Austrian national team.

“We would like to thank Ralf Rangnick for his efforts as interim manager over the past six months.”