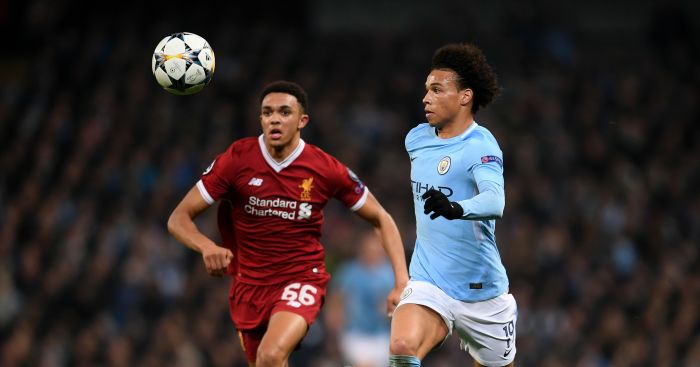 Just like last season, a 24-year-old being nominated for Young Player of the Year is a nonsense. Here is an alternative list comprised of players aged 21 or under at the start of the season. Y’know, *young*?

Wilfred Ndidi
There’s a reason Liverpool wanted him. Or, at least, a reason they should have if they didn’t. In his first full season in the Premier League, Wilfred Ndidi continues to improve in Leicester’s midfield as an all-running, all-tackling whirlwind of a footballer.

Ndidi moved to the King Power Stadium last winter as N’Golo Kante’s long-awaited replacement. The diminutive Frenchman left some mighty shoes to fill, but his Nigerian counterpart has risen to the task. He has made 129 tackles in the Premier League this season – at least 24 more than any other player – and has formed part of the most underrated top-flight midfield alongside Vicente Iborra.

There is room for improvement, as with any 21-year-old. Ndidi has had the most Premier League shots without scoring this season (39), and three assists is a humble return. He also tops a disciplinary table with one point given for yellow cards (six) and two awarded for reds (two). But the positives far outweigh the negatives. Yes, Ndidi.

Lewis Cook
Ndidi faced perhaps his most daunting task back in March. The Leicester midfielder has taken on all comers in the Premier League, but a snowball fight with Lewis Cook has left lasting physical and mental scars.

Cook started the season by becoming only the second Englishman to captain a World Cup-winning side, guiding the under-20s to glory in South Korea last summer. His reward has been a deserved and elongated run in Bournemouth’s first team, and a first call-up to England’s senior set-up. He has started just six of Bournemouth’s 14 Premier League defeats this campaign.

Trent Alexander-Arnold
Before this season, Trent Alexander-Arnold’s first-team career comprised of five cup games, five Premier League substitute appearances, and just two league starts. The right-back played the full 90 minutes of a 1-1 draw against Manchester United in January 2017, before being substituted at half-time in a game Liverpool were losing against Stoke but would eventually go on to win in April.

Twelve months later, the rise has been meteoric and almost unfathomable. Jurgen Klopp has placed immense faith in Liverpool’s 2016/17 Young Player of the Season. Alexander-Arnold has been a fixture at right-back, benefiting from healthy competition with fellow youngster Joe Gomez. He is on course to become the youngest Englishman to ever feature in a Champions League semi-final.

Aaron Wan-Bissaka
For those among us who would rather the Young Player of the Year award be repackaged as more of a ‘Rookie of the Season’, a way of recognising a player’s excellence in his first season as a first-team professional, Aaron Wan-Bissaka would have perhaps the greatest claim. “I’m amazed really at how well he’s handled it because for long periods he was down with the Under-23s and just made sporadic appearances with the first-team squad,” said Roy Hodgson last month. “It was about two months ago now where I said ‘I’d like you training with us more regularly’.”

Crystal Palace’s injury issues have threatened to derail their season before victory over Brighton got it back on track, but it has at least accelerated the discovery of Wan-Bissaka. His debut came against Tottenham and Dele Alli; his second game presented Manchester United and Alexis Sanchez; his third was a date with Chelsea and Eden Hazard. Each were defeats, but only by one goal.

The 20-year-old did not taste victory until his fourth game against Huddersfield, after which he was tasked with shackling Liverpool in another one-goal defeat. His mistake against Bournemouth served only to remind us of his inexperience, such was the impressive nature of his arrival.

Andreas Christensen
As critics of Manchester City and Pep Guardiola learned on Saturday, a terrible week should not undo all the fine work that came before. Andreas Christensen learned that lesson the hard way in February. Mistakes in successive games against Barcelona and Manchester United helped bring Chelsea’s season to a crashing halt, while another error against Manchester City did more damage to a carefully cultivated reputation.

Few expected Christensen to start the season at the heart of the Chelsea defence last summer. Gary Cahill was still seen as untouchable, while Antonio Rudiger arrived to supplement a backline featuring David Luiz and Cesar Azpilicueta. Christensen had impressed in the Bundesliga and Champions League with Borussia Monchengladbach, but slotting in at Stamford Bridge was no guarantee.

The Dane scoffed in the face of the doubters, earning a regular first-team place on the merit of performances. As Antonio Conte said earlier this week: “We are talking about a young player. For him it is the first season playing at this level.” And he’s doing a damn fine job.

Ruben Neves
If the PFA can set the precedent, we will happily follow. Ryan Sessegnon became the first player outside the Premier League to ever be nominated for the Young Player of the Year award when he was named on the six-man shortlist. Ruben Neves has every right to wonder what more he could have done to earn his place.

Sessegnon’s achievements are undeniably more impressive, the 17-year-old helping fire Fulham into the automatic promotion places. But 20-year-old Neves deserves acclaim for guiding Wolves back into the Premier League. His presence in the side has essentially been a cheat code granted by Jorge Mendes, but that should take nothing away from his or Wolves’ excellence. He has been the best player for the best team.

The youngest captain in Champions League history always felt destined for the Premier League. He has taken an alternative route, and finds himself on an alternative PFA Young Player of the Year shortlist.