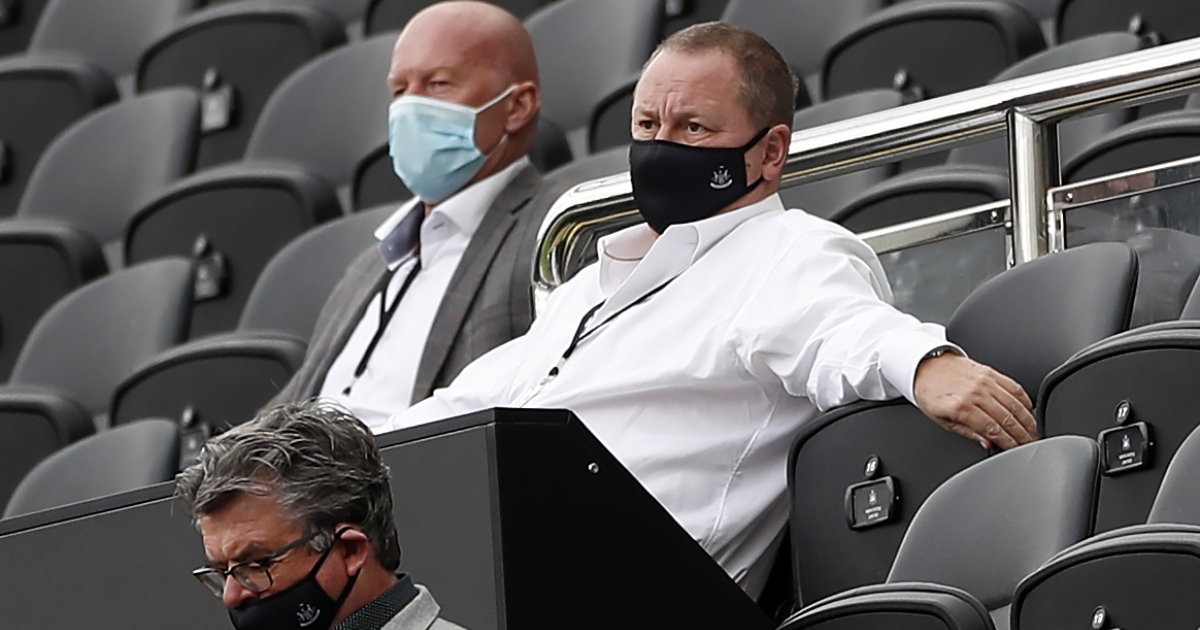 The Mirror claimed last week that Ashley was ‘interested’ in buying the Championship club after selling the Magpies to the Saudi-led consortium PIF.

Pride Park is situated just 30 miles from Ashley’s Sports Direct headquarters, a company the retail magnate is keen to provide with a public platform.

The Rams are currently in administration after former owner Mel Morris cut his ties with the club, and are looking for a buyer who will be prepared to take on their considerable debts.

However, Andrew Hosking, managing director at Quantuma and joint administrator of Derby, says the ex-Newcastle owner has not been in touch.

“We can confirm we have neither been approached by nor have we entered into dialogue with Mike Ashley,” he said.

“As this is an ongoing process, we are unable to comment on the names of the individuals and organisations that have met this criteria at this time.

“Of those who have returned a signed non-disclosure agreement (NDA), several have been able to provide the necessary proof of funds we have requested to be considered as a serious bidder.”

At Newcastle, manager Steve Bruce is close to the sack, according to multiple reports. He is still in charge of the club but is unlikely to be in the dugout against Spurs on Sunday.

“You’re hearing about some of the names that are being linked now, top end coaches like (Antonio) Conte and people like that,” he told talkSPORT.

“Who gets Newcastle to that point? You can’t get him straight away as Newcastle are second bottom in the table.

“I heard the Lampard shout, but I’d probably go for Graham Potter or Brendan Rodgers, I’d put both them two above him.”