Home F365 Says F*** the asterisks, this is a brilliant Man City side 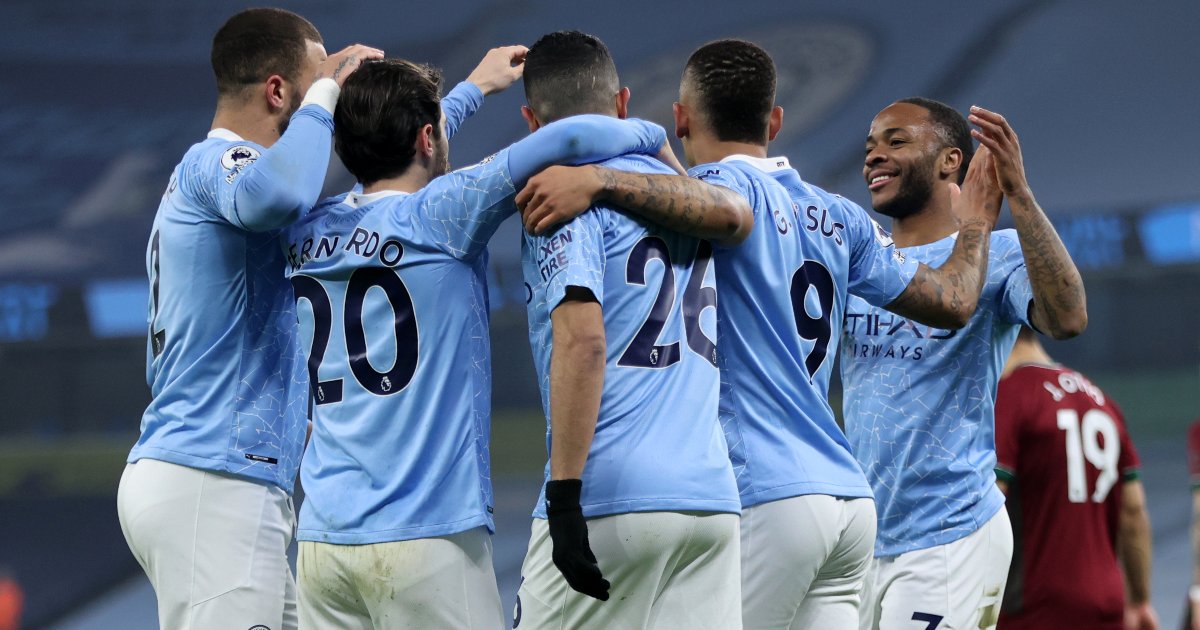 This is no longer the asterisk season and Manchester City will not be the asterisk champions; this team is too brilliant to be buried in ‘buts’. They have now won 21 consecutive games and been unbeaten in 28. This is not about a pandemic, a lack of fans or fatigue making a farce of this season. This is simply a great City side, cruising towards their third title in five years under Pep Guardiola.

As 2020 became 2021, Liverpool and Manchester United were joint-top with 33 points from 16 games and there was talk of an 80-point title win, as curious as the Leicester triumph of 2015/16 and equally owing more to circumstance than brilliance. But as City moved onto 65 points from 27 games, there should be no more talk of champions by default but champions by design. They are relentless. They are extraordinary. They have picked up as many points as the 2018/19 champions who accrued 98 points and they have conceded as many goals as the Liverpool side who had all-but wrapped up the title at this juncture last season.

After all the talk of this season being the great leveller, it turns out that one team are levels above. So many levels above. The eventual 4-1 score-line might have flattered them on Tuesday night but their blinkered determination not to drop even two points was laudable. This game – initially marked by ridiculous possession and passing statistics but too little goal threat – would have been drawn or even lost last season. A mentally fragile side has become mentally monstrous. They were clearly affronted by Wolves daring to score a goal, seeing their equaliser as insolence that had to be ruthlessly punished.

This side has everything – resilience as well as brilliance, endeavour as well as invention. The sight of Raheem Sterling losing the ball but then haring at full speed back towards his own goal to reclaim was as scintillating as the pass which released Kyle Walker to cross for City’s first. Whatever flaws allowed Liverpool to walk away with last season’s title have been eradicated. Whatever ridiculous doubts were raised about a manager who had won eight titles in 11 seasons can now be quashed. Guardiola will make it nine from 12 and that is truly remarkable whatever the caveats about Messi and money.

Yes, City should beat Wolves with that set of players. This is a squad so deep that John Stones, Sergio Aguero and Phil Foden could remain on the bench and Benjamin Mendy could fail to make it that far. To win once, twice, three times is expected but to win 21 in a row cannot be explained simply by finances. It’s March and they are the favourites to win all four trophies they entered this season. By any measure, in any season, that is the mark of exceptional excellence.

Some will always try to place an asterisk next to this season but they should be summarily ignored. Nobody wins a title by a record margin (the smart money is surely on them beating their 19-point margin from 2017/18) by default. Nobody wins a double or a treble or even a quadruple because nobody else turned up. This is no longer the asterisk season and Manchester City will not be the asterisk champions.