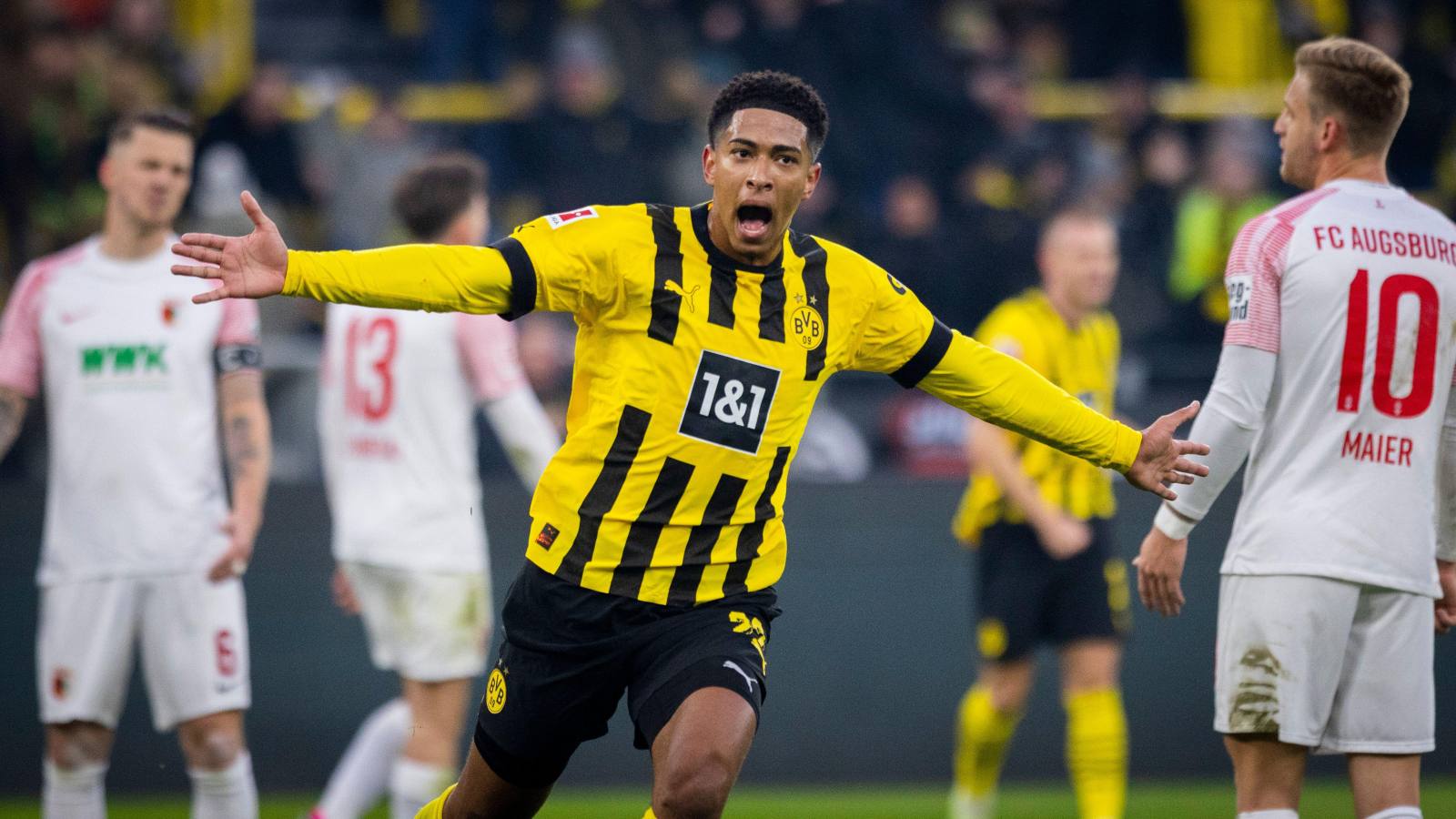 Liverpool are reportedly currently ‘one of the favourites’ to land Borussia Dortmund wonderkid Jude Bellingham alongside Real Madrid and Manchester City.

The 22-cap England midfielder is under contract with Dortmund until 2025 with a summer transfer on the cards.

Unsurprisingly, Bellingham is attracting interest from every top club in Europe that can afford his huge price tag. He is expected to cost above £100million.

Birmingham City reportedly have a 5 per cent sell-on clause after they sold Bellingham to the German giants in July 2020.

While it is unclear who Bellingham will be playing for next season, what is clear is that it will be a crazy transfer saga in the summer.

Dortmund want the 19-year-old to extend his contract but realise this will be difficult given the amount of interest in the player.

A report over the weekend stated that Bellingham will reject a new Dortmund deal with a summer transfer likely.

And amidst interest from Madrid, Chelsea, Manchester City and Manchester United, it has been claimed that Liverpool are leading the race to sign the teenage midfielder.

This is according to Sky Germany journalist Florian Plettenberg, who says Liverpool manager Jurgen Klopp is “pushing, pushing, pushing” to get the deal done.

Plettenberg said on the Transfer Show: “We all think Bellingham will leave this summer, and that there is no chance Dortmund can keep him at this stage.

“But he has a contract without a release clause, so the price tag is very high. Dortmund want to have between €100m-€150m for him in the summer.

“There are three targets for him – Real Madrid, Man City and Liverpool. Liverpool are one of the favourites, and Jurgen Klopp is pushing, pushing, pushing for him and says he is his No 1 transfer target.

“Klopp hasn’t spoken to Bellingham personally yet, but the conversations have been held with people like Julian Ward. Now they just have to work out who is paying the money.”

There is a lot of work going on behind the scenes in order to convince Bellingham’s representatives and family that Anfield is the place to be.

Transfer expert Kaveh Solhekol believes “Liverpool is the perfect move” for the 19-year-old this summer.

“From a career point of view, maybe it makes most sense for Bellingham to go to Real Madrid later in his career,” Solhekol said.

“It’s not a move he has to make now. From a footballing point of view, I think Liverpool is the perfect move for him in the summer.

“People have asked whether Liverpool could compete if they got into a bidding war with the likes of Man City and Real Madrid, assuming those two would be able to pay more than Liverpool.

“I don’t think that’s the case. If you look at Man City in recent times, there’s been plenty of occasions where they have walked away from deals where they have felt the valuation has been wrong.

“I don’t think Real Madrid have more money to spend in the transfer market than Liverpool either. From everything we’re hearing, Liverpool is his most likely destination in the summer.”

Dortmund were back in action over the weekend with the Bundesliga getting underway following the World Cup break.

Bellingham scored one and assisted another in a thrilling 4-3 win over Augsburg. On a nice side note, Sebastien Haller played his first competitive game of the season, which is a lovely story.