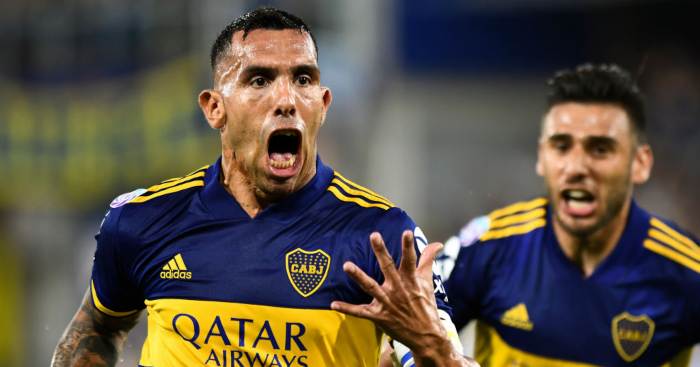 Carlos Tevez has named winning the Champions League with Manchester United in the top three successes of his playing career but failed to mention Manchester City.

During his time at Old Trafford between 2007 and 2009 Tevez scored 34 times, winning two Premier League titles and the Champions League.

The Argentinian crossed the Manchester divide to join City from United in 2009, scoring 73 times in 148 appearances for the Citizens, winning the Premier League and FA Cup once.

The 35-year-old is currently in his third spell at home town club Boca Juniors and just helped the club to the Super League title in Argentina.

When asked where his latest achievement rated in his numerous successes, Tevez told El Intransigente (via Sport Witness): “It is one of the most important titles due to the circumstances.

“I came three years ago to fight it; it was to get the head out of a well that became eternal. It was a unique night—a very big relief.

“It’s in the top 3 with the Intercontinental Cup in Japan and the Champions League with Manchester United.”