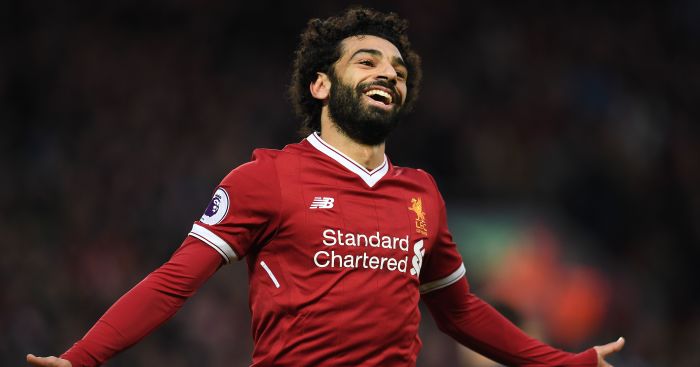 Swansea boss Carlos Carvalhal will not complain if Liverpool rest Mohamed Salah against their relegation rivals Stoke on Saturday.

Salah this week took his goal tally for the campaign to 43 with a brace in Liverpool’s 5-2 win against Roma in the first leg of their Champions League semi-final.

The Egyptian forward could be rested ahead of Wednesday’s second leg when Jurgen Klopp’s side entertain Stoke at Anfield.

But Carvalhal, whose side are four points clear of Stoke, said: “Liverpool is not just about Salah, they can win without this player.

“He is fantastic, the player of the season, but they do not depend on one player.

“It is about their dynamic and shape and they are very positive in this moment.

“Even if they make changes, they will have most of their same side.

“It is like what we did in the cup and we won games, and they have ambitions in the competition for second spot.”

Swansea are one place above the relegation zone and hold a four-point advantage over Southampton and Stoke, the latter having played a game more.

They were thrashed 5-0 at Manchester City last weekend, but Carvalhal insists there is no hangover from that bruising defeat to Pep Guardiola’s champions.

Asked if there were any mental scars from Sunday, Carvalhal replied: “We don’t remember about that, it is finished after the game.

“We never talked about it – and it has happened to other teams there.

“Listen, between Manchester City and Chelsea it is 27 points (difference), even though they are playing for the same goal. So this game has no effect – zero.”

Chelsea are five points adrift of Tottenham in the race for a top-four place and remain outsiders to be in the Champions League next season.

But successive away wins at Southampton and Burnley have boosted Chelsea’s hopes.

“It is David against Goliath again, we are up against a good team,” Carvalhal said.

“But at the Liberty we have good support from the fans and our players grow there, we play better at home.

“They have great players, all of them will go to the World Cup after the season, and a very good manager.

“But we are in a period where we want to make our presence felt.”

Swansea could be forced into a defensive reshuffle as Federico Fernandez and Kyle Bartley both face scans on knee injuries before the game.

The absence of the pair could see Carvalhal abandon his usual policy of playing three centre-backs and revert to a flat back four, with Mike van der Hoorn and Alfie Mawson the only central defenders available to him.