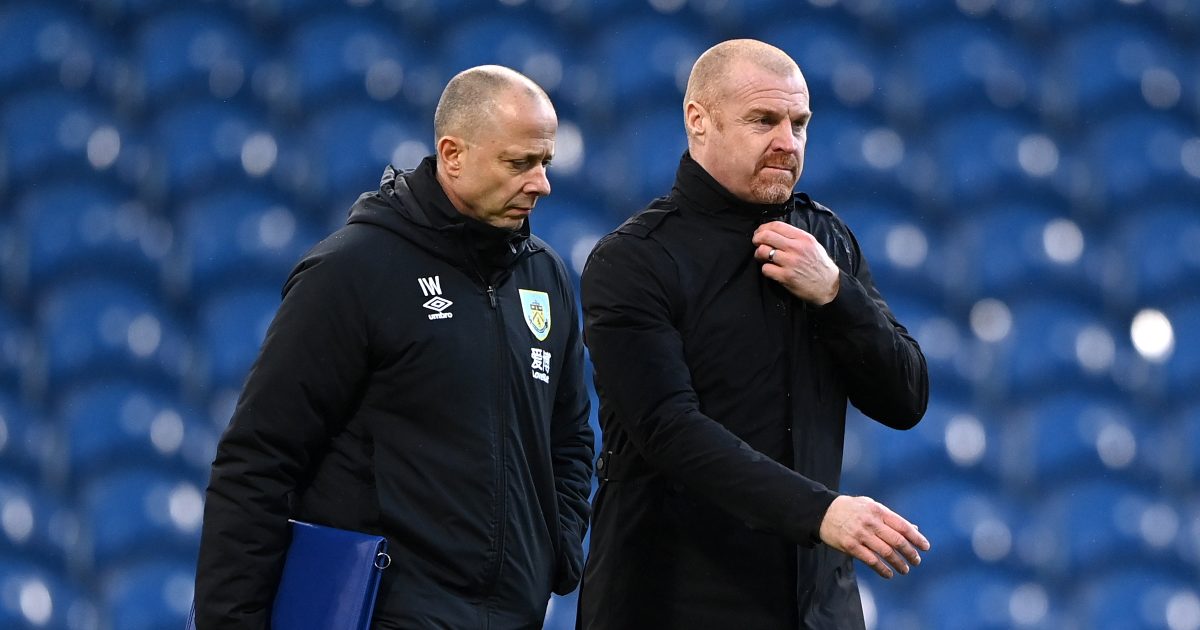 Burnley assistant manager Ian Woan has provided an update on the club’s Covid-19 situation and he has insisted that they will not be “making excuses”.

It was announced on Thursday morning that Clarets boss Sean Dyche had tested positive for the virus. The Premier League club host Huddersfield in the FA Cup third-round on Saturday.

Woan has conducted their pre-match press conference and he confirmed that four more players have returned positive Covid-19 tests.

Goalkeeper Nick Pope and midfielder Josh Brownhill missed the last two games after positive tests – Woan said Pope had not yet returned to training, while Brownhill was described as a “possibility” for Saturday.

Johann Berg Gudmundsson is a doubt due to an injury sustained in Sunday’s 3-1 Premier League loss at Leeds, Ashley Barnes (injury) and Connor Roberts (non-coronavirus-related infection) are not yet ready for first-team involvement again, and Maxwel Cornet is now away with the Ivory Coast ahead of the African Cup of Nations.

Woan said he had overseen a training session with 16 players on Thursday, including Roberts – and stressed Burnley was a “no-excuse environment”.

The 54-year-old, who also revealed first-team coach Steve Stone was another among the backroom team to test positive, said: “The prep will be a little bit different. I’ve trained today with 16 of the players, and (Under-23s boss) Michael Jackson’s come over to help me out.

“We do what Burnley do – we get it done, and we don’t make excuses.

“We have got a number of cases. We’ll have another round of testing tomorrow, so the team won’t be kind of confirmed until one, two o’clock maybe tomorrow afternoon when we get all the cases back in and we know what we’re playing with and the numbers we have. It’s really difficult to plan.”

When then asked about Burnley’s determination to play, Woan said: “We’re a no-excuse environment and that stems right from the gaffer.

“We want to play every game, we’re not going to pull out of any games – if we can play, if we’ve got the numbers to do it, we’ll play, there’s no discussion there whatsoever.

“I’m sure, as long as we’ve got the numbers on Saturday, the game’s going to go ahead.”

Regarding Dyche, Woan said: “You can imagine how he is at being a patient – he’ll be bouncing off the walls I would have thought.

“I’ve been in constant dialogue with him. He’ll have a big impact on the team selection obviously.

“I don’t know what sort of involvement he can have on Saturday, whether he can stream the game, but I’ll be surprised if there’s not a phonecall at half-time shall we say.”

Woan was also asked about reports linking Burnley with Juventus’ Aaron Ramsey, and said: “Our financial parameters are well known.

“Obviously Aaron Ramsey would be a really good asset for us, he’s a very talented player – but as I sit here now, it was the first I heard of it walking over the bridge to the training ground.

“A player of his talent, you’d always be interested, absolutely. But it’s the first I’ve heard of it.”