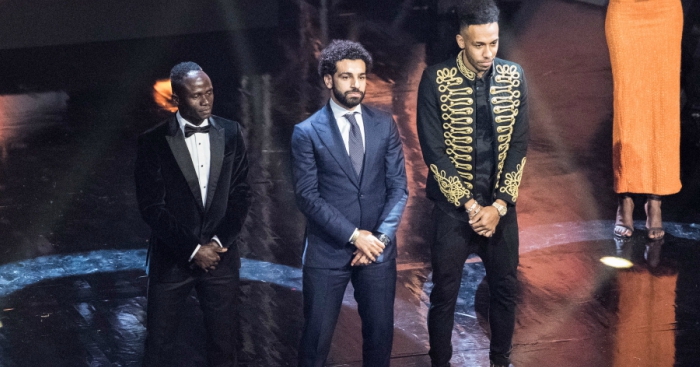 Samuel Eto’o says there would be “no explanation” for Mohamed Salah, Sadio Mane and Pierre-Emerick Aubameyang not to be in Ballon d’Or contention.

Aubameyang also helped fired Arsenal to the Europa League final, and is available in the Ballon d’Or betting.

But with current favourite Virgil van Dijk already being ruled out in some quarters, it seems like it could be yet another straight battle between Lionel Messi and Cristiano Ronaldo.

The legendary Eto’o says “there is no explanation” if Mane, Salah or Aubameyang do not at least make up the rest of the top five.

“We are only good to denigrate our own brothers. We are not respected,” Eto’o told RFI.

“It’s a fact. I hope I’m wrong, but the next Ballon d’Or will be neither Mane nor Salah.

“There is no explanation that Mane, Salah or Aubameyang, the top three scorers of the Premier League last season may not even be among the top five.

“Messi and Cristiano Ronaldo are both very strong, but this season who won the Champions League? It’s Mane and Salah.”