Home F365 Says No fans, no history, no credit – City jibes are nonsense 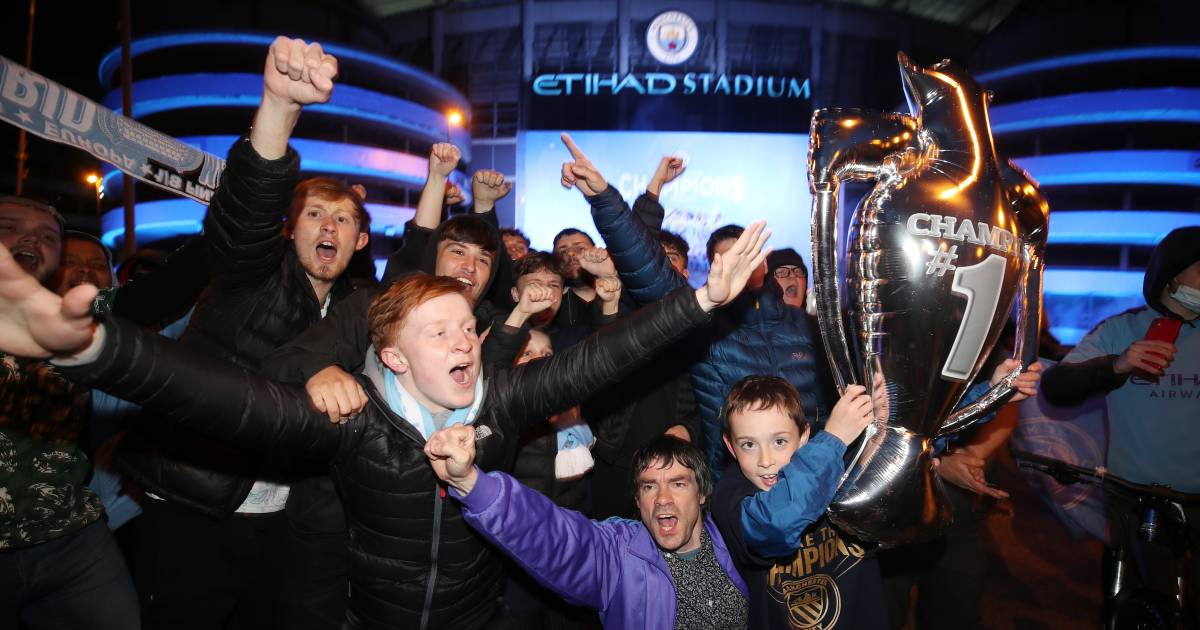 Manchester City won the Premier League title on Tuesday night in news that was greeted with a collective shrug of the shoulders.

Now there are a few reasons for that. First and most obviously, it’s been clear that they were going to win the league for quite some months now. Second, they won it thanks to the outcome of a game they weren’t involved in, which – Battles of Stamford Bridge notwithstanding – is inevitably tinged with vague anti-climax. Not every title has to be won with an AGUEROOOOOOOO, but it’s neater to be able to pinpoint a specific goal that won you the title if that goal is scored by one of your own players rather than Caglar Soyuncu.

It’s also City’s third title in four years and fifth in the last 10, so there’s no novelty. But perhaps most importantly of all, the result that clinched the title for City is one that also impacts negatively on Liverpool. It was they, not City, who were trending on Twitter on Wednesday morning.

When Liverpool won the title last season – also via a result elsewhere, also merely official rubber-stamping of a long-obvious victory – there was a bit more hullaballoo. It was Liverpool’s first in 30 years and this means more of course, but there was an overarching media narrative throughout that Liverpool winning the league was a good and proper thing to happen. This was a correct football club to be winning the league, and the fact they were now once again winning the league was a sign that things had returned to the way things ought to have been. Cod psychology might even suggest that this effect became even more pronounced after the pandemic and its New Normal tipped everything else upside down.

Incidentally, we’re probably now far enough into a Manchester United title drought that them winning one will be covered in the same way. As some kind of swing back to The Way Things Should Be.

Meanwhile, here are City – just a petrodollar plaything, no fans, no history – so who cares?

But what City have done is utterly remarkable. They are approaching a level of dominance not even United in the 90s or Liverpool in the 80s can better. It’s not just three of the last four Premier League titles, it’s eight of the last 12 domestic trophies. All that’s missing is a continental trophy to round it off, and that will quite probably be squared away in the next couple of weeks. Again, the reaction to that will be interesting; City’s first Champions League success will have the novelty their domestic success no longer carries.

Of course, the reason 2021 media makes less song and dance about City than about Liverpool or United – for better or worse – is because City simply don’t bring in the clicks. They have no fans, you see.

This tweet from Sky Sports is interesting. One, because they know exactly what they’re doing and two, because they absolutely would not do this to any other club.

Does that second-placed finish last term dent their application to be entered into the category of 'great' teams?

Nor would they be writing whole columns wondering whether a second-place finish amid three title wins excludes a club from greatness. When Liverpool produced two extraordinary seasons back to back, missing out on the title despite a record-breaking points total, winning the Champions League and then winning the title imperiously, we were all quite rightly discussing their claims to greatness.

Again, City have now won eight of the last 12 domestic trophies on offer, and may well add Big Cup to the collection. That is greatness; it’s not the starting point for a debate about greatness.

And while this season’s title win is not the record-breaking near-perfection of City in 2019 or Liverpool last time out, it is arguably more impressive for that.

That City winning the title has been a foregone conclusion for months now is in itself noteworthy. At the start of the season when they were getting brutally picked off on the counter by Leicester they looked like an abject parody of a Guardiola side. After a desperate and – most astonishingly looking back now – at the time entirely predictable 2-0 defeat at Tottenham in November absolutely nobody was handing City the title or even a decent shot at it.

Rebuilding a struggling team into champions so fast is something Pep Guardiola has never done before. This is the first time as a manager he has regained a title; he and his team will not get the credit they deserve for the scale of the achievement.

But what few supporters City can muster are well used to that by now. They will know and appreciate the scale of what has been achieved here, even if the rest of football feigns not to care.