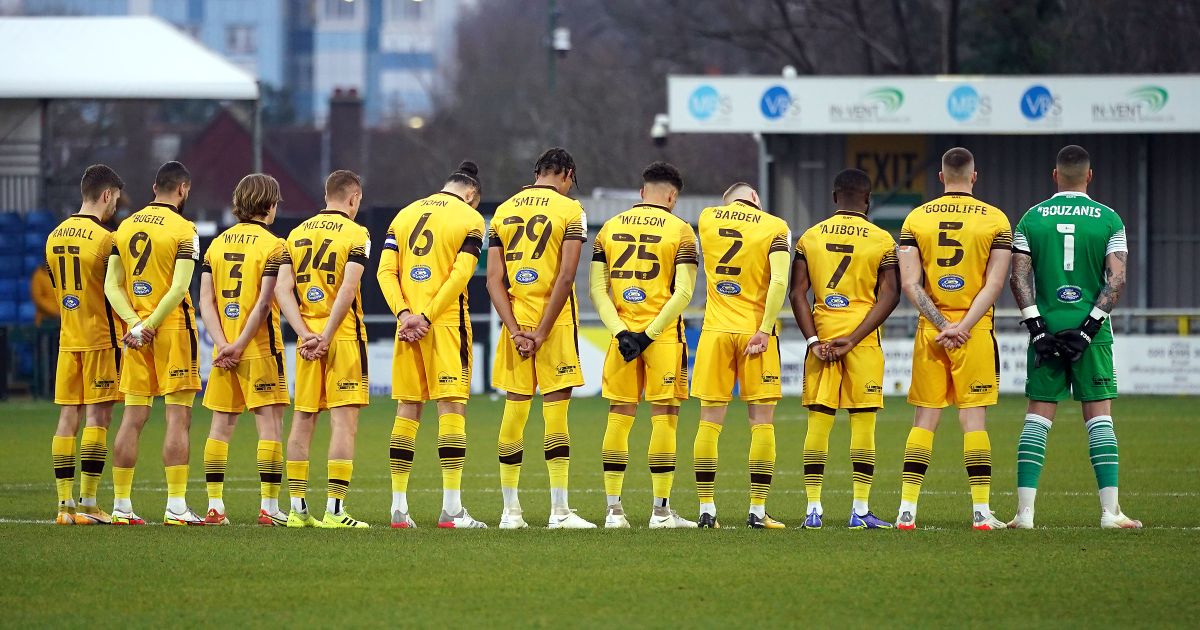 It is nothing new to see clubs promoted from the National League making a name for themselves in the EFL; Sutton United are on course to go one better, with a fast track to successive promotions on the cards.

Save for League Two’s runaway leaders Forest Green, it is tight at the top. Just six points separate second-placed Northampton from Exeter City in eighth. The four teams in the play-off places have just one point between them, albeit with the caveat of some having played 35 matches and Mansfield still having 14 games of the season remaining.

Like a handful of their League Two contemporaries, Sutton are in their first spell as a Football League side,  Forest Green having earned promotion to this level in 2017 and Salford City joining them a couple of years later. Unlike that pair, Sutton are not headline fodder for the mainstream media. While Forest Green retain interest and bizarre ridicule over their veganism and carbon neutrality and the Class of ’92 control Salford, Sutton are a well-run club continuing to be well run. There is no gimmick. If they hold their current position over the next dozen matches, it will not be down to fortune.

Unbeaten at home since October, Saturday’s 3-0 defeat of established EFL outfit Rochdale was the perfect catapult back into the automatic promotion places for a side who have made Gander Green Lane a fortress. Sutton lost just three home games in the entirety of their 2020/21 title-winning campaign – all 1-0 to teams who finished in the play-off places.

A club that bases itself very proudly in its local roots had an adjustment period to their new level made even more difficult by virtue of playing their first three games of the season away from home, while their artificial pitch was replaced with a grass surface as per EFL rules. By the time their first home EFL match was played, Sutton sat bottom of the league.

Not quite panic stations, but there were fears over the club’s ability to adapt to this new level. There was already little Football League experience in the ranks and all but one of their eight permanent signings in the summer were taken from non-league. As it is, former Northampton winger Ricky Korboa has been one of the duller sparks in an especially bright season.

Manager Matt Gray does not come with a wealth of experience. Having retired from playing at the age of 25, Gray held assistant coaching roles with Aldershot and Crawley before taking up a similar position at Sutton. The 40-year-old replaced long serving Paul Doswell after a mid-table campaign.

But it has not been one-way traffic since then. Gray was not a messiah performing miracles from the start; his first season in charge saw The Us drop five places to 15th. His second season saw the club win more than twice as many games and finish top of the tree.

A team more famous for their FA Cup exploits down the years – apologies, Coventry City fans – have made a name for themselves in the league. There is no big investments propelling the club out of a league which now includes Wrexham and Stockport County, and the summer work consisted of keeping a winning group together, adding quantity over proven EFL quality.

With the greatest of respect to the London club, they feel like a non-league side that is punching above its weight. Manager Gray spends time with the fans in the bar at Gander Green Lane after matches while the club retains the tight-knit feeling with its supporters that is more synonymous with clubs far lower down the pyramid.

But Sutton are mixing it with the big boys of League Two. Even when it looks like they might be about to run out of steam – they won just once in six February fixtures – the Us record three goal margin victories in succession against two much more established but shambolically run clubs Scunthorpe and Rochdale.

This midweek, they come up against Wigan Athletic in the semi-final of their first ever EFL Trophy campaign, one victory from Wembley and a chance to add silverware to their recent successes. That they and fellow promoted side Hartlepool United are taking on the top two ranked teams in the competition – Wigan and Rotherham – speaks volumes about the strength of both clubs.

Having adopted a 4-4-2 formation throughout the season, Sutton are not reinventing the circle. They stick to what they know and do it very well. There are no airs and graces in SM1. In almost every facet, Sutton are a wonderful throwback to simpler times, but they are far from stuck in the past. Quite the opposite…they are moving forward at a great pace.

In the week where Sutton celebrated their 124th birthday by moving back into the automatic promotion places approaching the business end of the season, there is now understated but very real belief they could celebrate their 125th anniversary as a League One outfit. For a club who spent their entire existence before 2021 as a non-league side, it is scarcely believable. In this corner of south London, dreams have already come true. But they’re not ready to wake up yet.