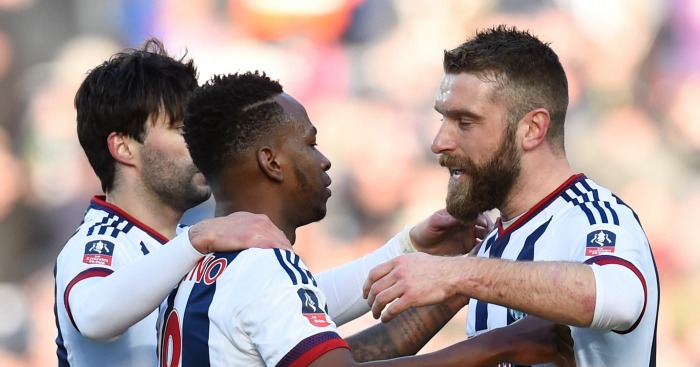 West Brom have reiterated Saido Berahino will not be sold on transfer deadline day.

Newcastle tabled a £21million bid for the 22-year-old on Sunday but the Baggies’ stance remains unchanged and they are not prepared to cash in on Berahino this month.

He has a dead leg ahead of Tuesday’s visit of Swansea but is in the squad after scoring twice in Saturday’s 2-2 FA Cup draw with Peterborough.

Berahino left the Albion training ground early on Monday afternoon after training and treatment to his injury.

Boss Tony Pulis was unavailable for media duties as he was on personal and club business and assistant head coach Dave Kemp expects the England Under-21 international to stay beyond Monday’s 11pm deadline.

Kemp said: “He’s still here, he’s been in this morning. He’s got a bit of a knock but he’s in the squad for tomorrow’s game. I’m expecting him to be here. The chairman deals with that side.

“It was awkward today, he has a dead leg he picked up on Saturday and came out a bit sore, he’s gone home. With the media around that’s probably the best thing to do.

Berahino made his first start since October against Peterborough at the weekend and has scored six times this term, after netting 20 last season. Their position has always been that they will not sell the forward this window.

The Baggies signed Alex Pritchard from Tottenham on loan until the end of the season earlier on Monday having captured Sandro on loan from QPR last week.